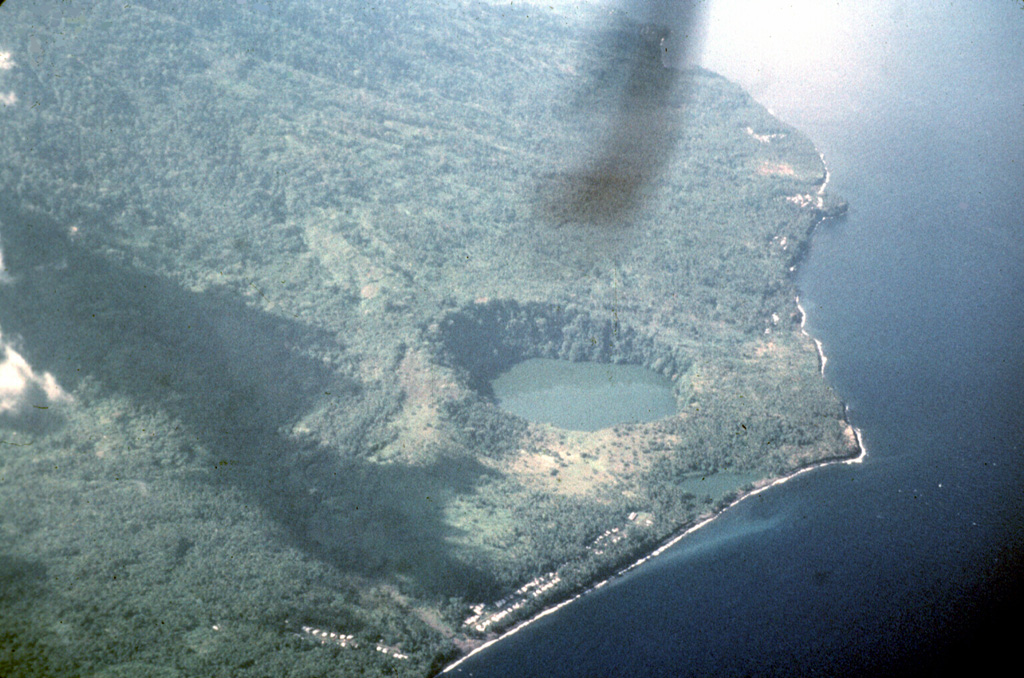 An aerial view from the north shows the steep-walled Tolire Jaha maar and the smaller Tolire Kecil maar, the small lake immediately adjacent to the shoreline. The two maars were formed during a violent eruption in 1775. The eruption began with explosive activity at the summit on August 20. On the night of September 5-6 a devastating base surge accompanying formation of the 700-m-wide maar was responsible for most of the 141 people that were killed during the eruption. The eruption ended with renewed NW-flank explosions November 5-6.