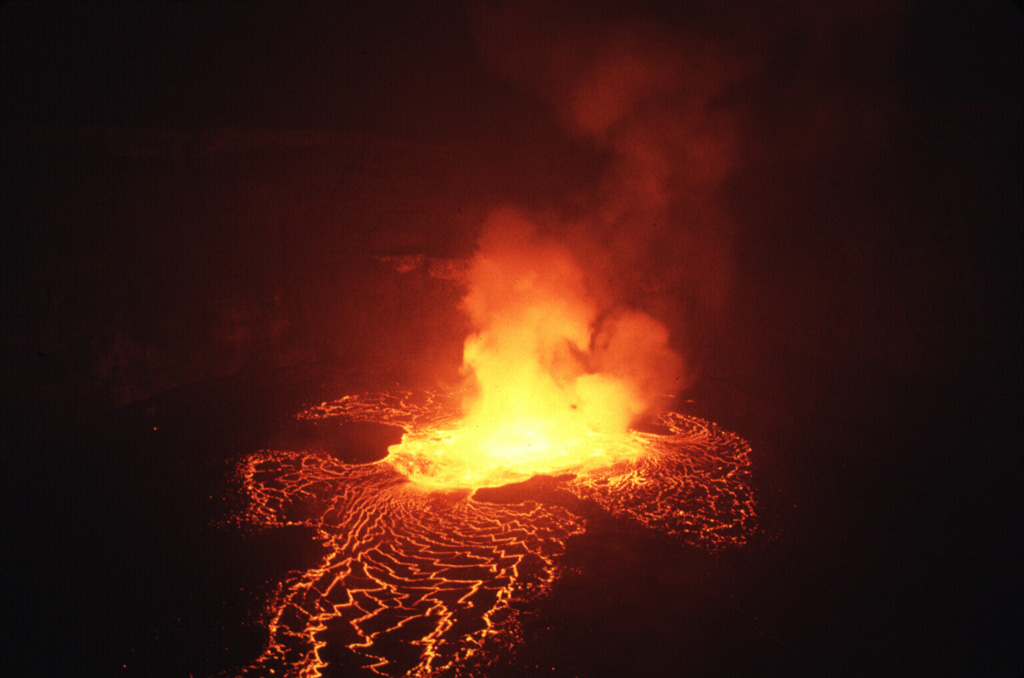 Lava lake activity seen here on 21 August, began the night of 22-23 June 1994. Lava fountain height reached 30-40 m and the lava lake level was 5-10 m below the height of the 1982 lava lake. Lava lake activity continued until at least September 1995, with accumulation of lava on the crater floor from the end of April to mid-August 1995 causing the crater floor level to rise about 50 m. Observers saw nighttime glow from the crater in November 1995 and February-March 1996.