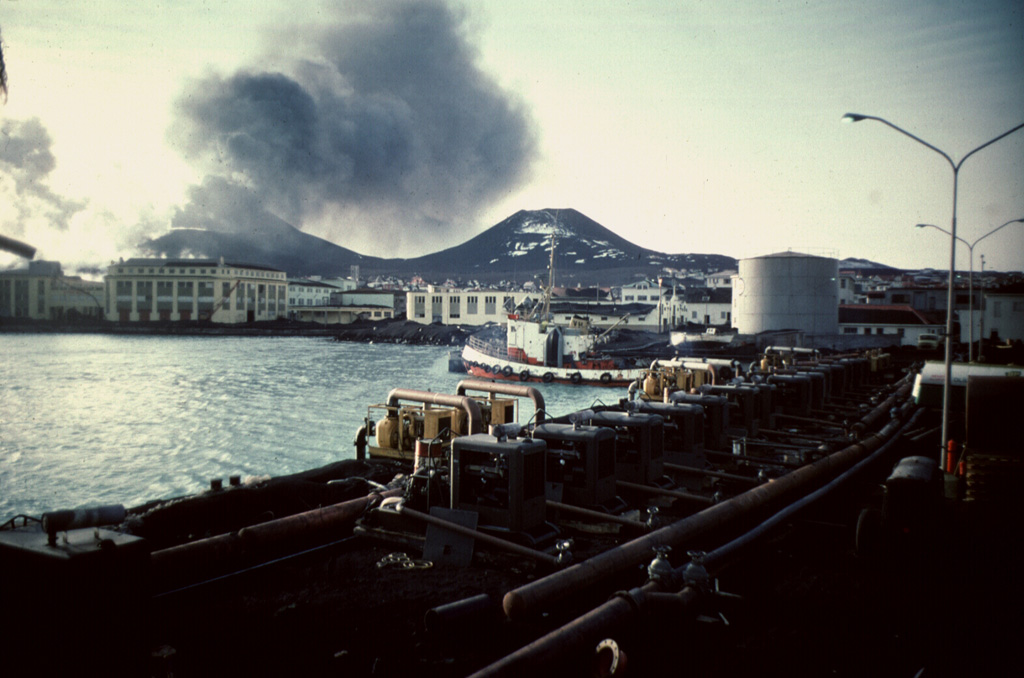 The island of Heimaey, about 10 km off the south coast of Iceland, is part of the Vestmannaeyjar volcanic system, which comprises numerous islands and submarine vents. Heimaey probably formed in the Holocene, through numerous eruptions. Here, an ash-laden eruption plume rises above a volcanic cone behind the town of Vestmannaeyjar in 1973. The water pumping operation in the foreground was designed to cool the front of an advancing lava flow that threatened the town and its harbor.