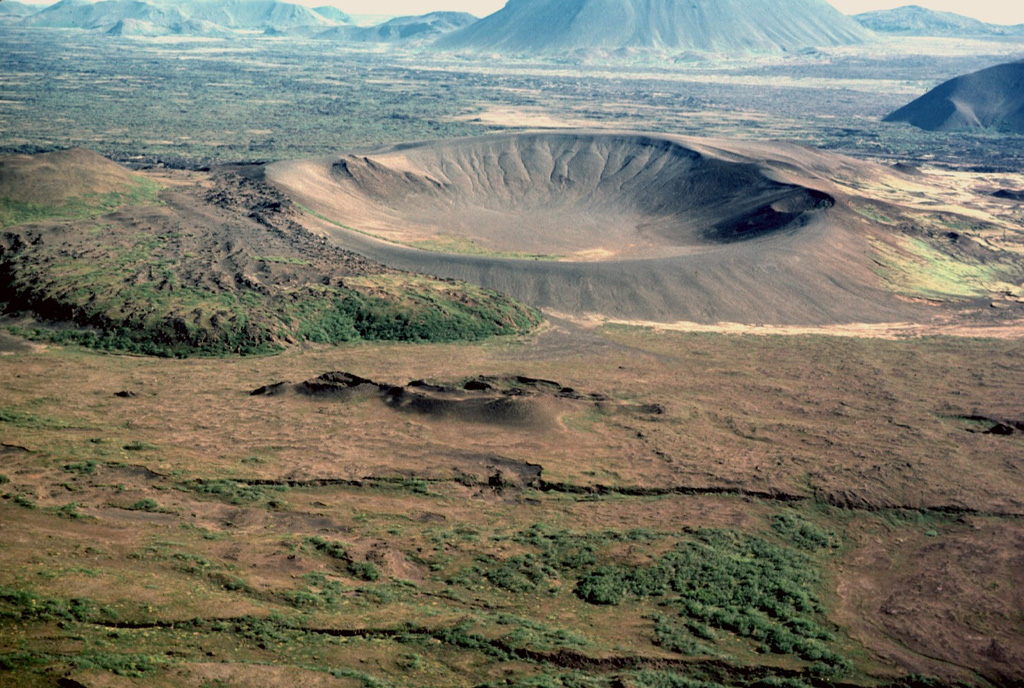 The Ludent tuff ring, seen here from the west, was formed prior to 6000 years ago, at about the same time as the eruption of the Hekla H5 tephra. The explosive eruption that formed the tuff ring was followed by the effusion of lava flows from nearby fissures. The crater row in the foreground, Ludentsborgir, was the result of a later eruption, about 2000 years ago, which produced the massive lava flows that entered into Myvatn lake.