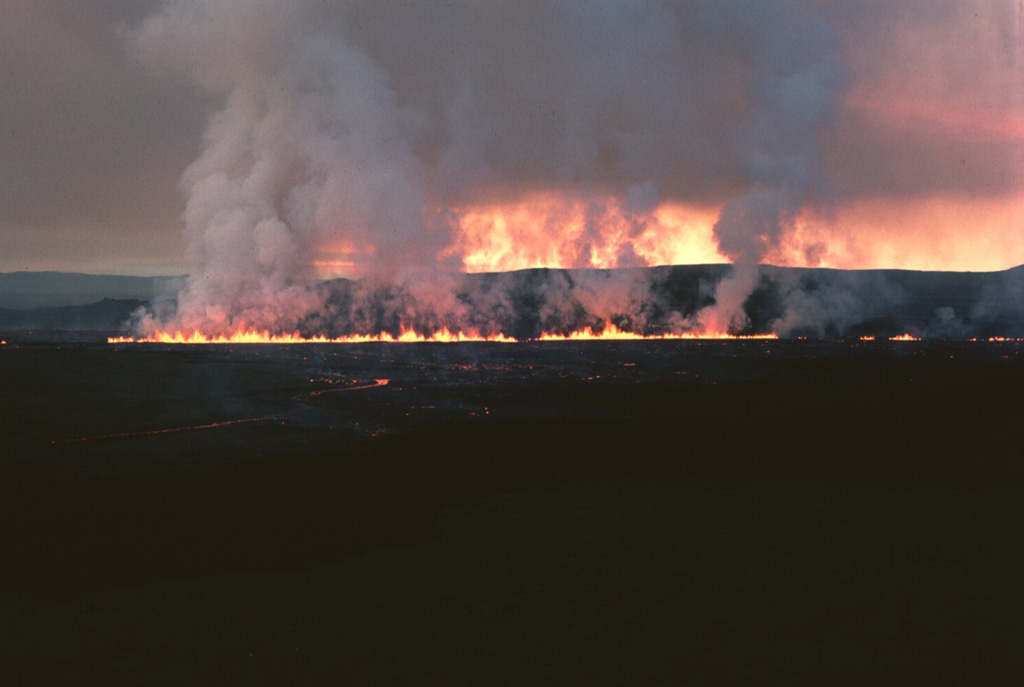 Lava fountains erupting along a fissure at Iceland's Krafla volcano early in the morning on 5 September 1984. A gas plume is visible along the length of the fissure. During the first hours of the eruption, which began just before midnight on the 4th, two eruptive fissures joined to become active along a total length of 8.5 km.