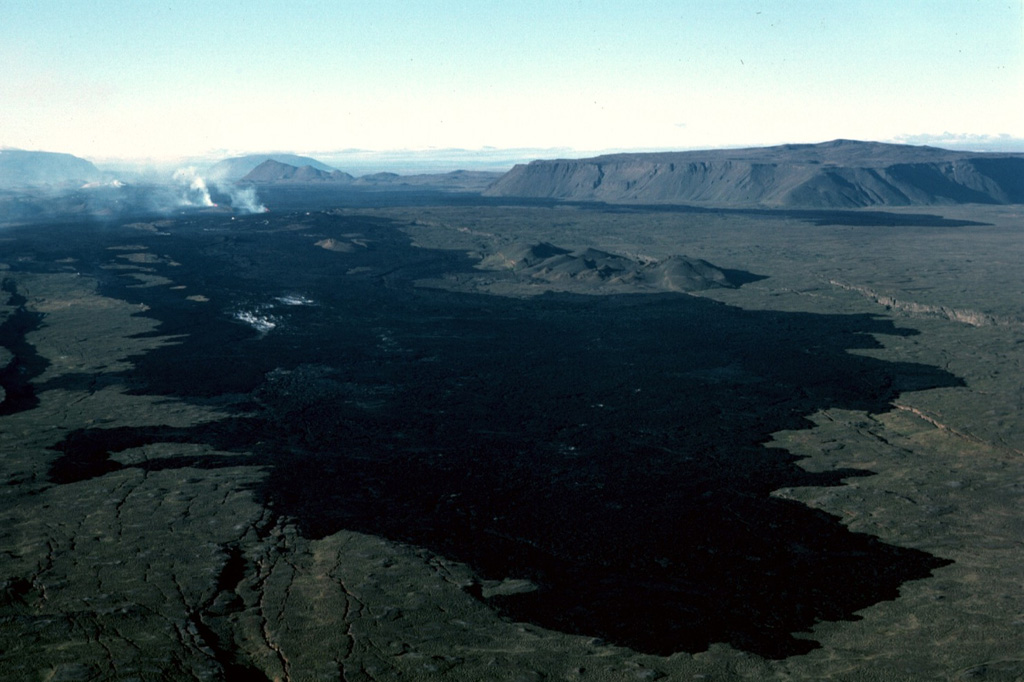 At their northern terminus the 1984 flows form a dark lava field north of Krafla caldera. The northernmost eruptive vents can be seen steaming at the upper left on 10 September 1984, about halfway through the two-week eruption. The flat-topped peak at the upper right is Gæsafjöll, one of Iceland's many table mountains, which formed as a result of repeated eruptions through a glacial icecap. The Hliðarfjall dome can be seen as a peak in the middle-background, and Bláfjall and Sellandafjall table mountains are on the horizon on the left, about 50 km away.