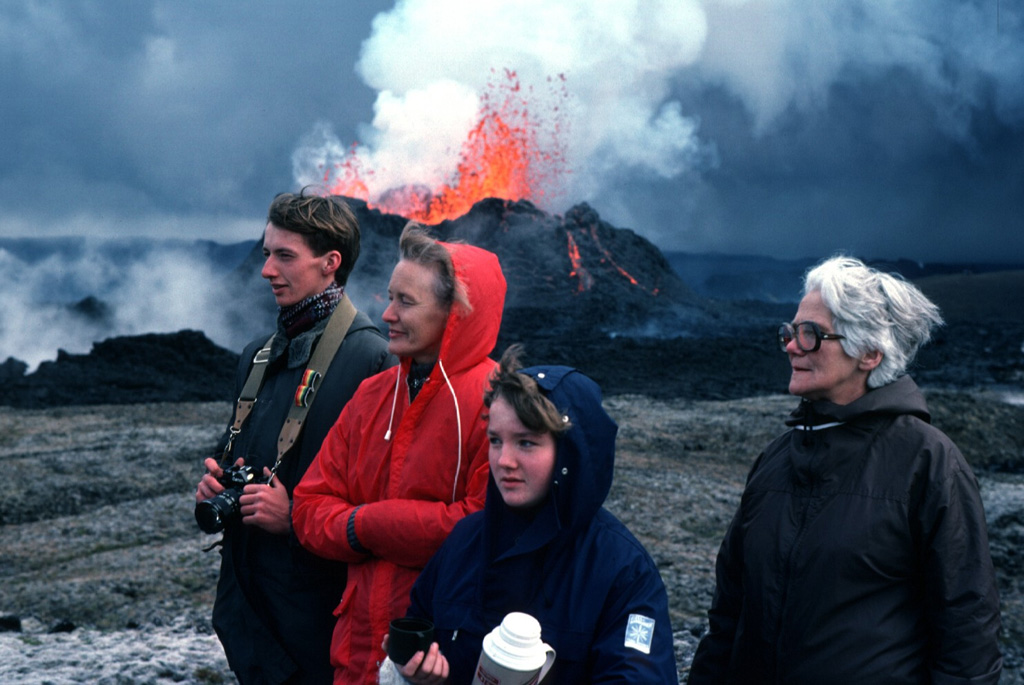 Three generations of an Icelandic family view the 1984 eruption of Krafla volcano as minor lava fountaining can be seen at the spatter cone in the background. The two-week eruption drew visitors from the nearby Myvatn area as well as other parts of Iceland to observe spectacular lava fountaining and slowly advancing lava flows.