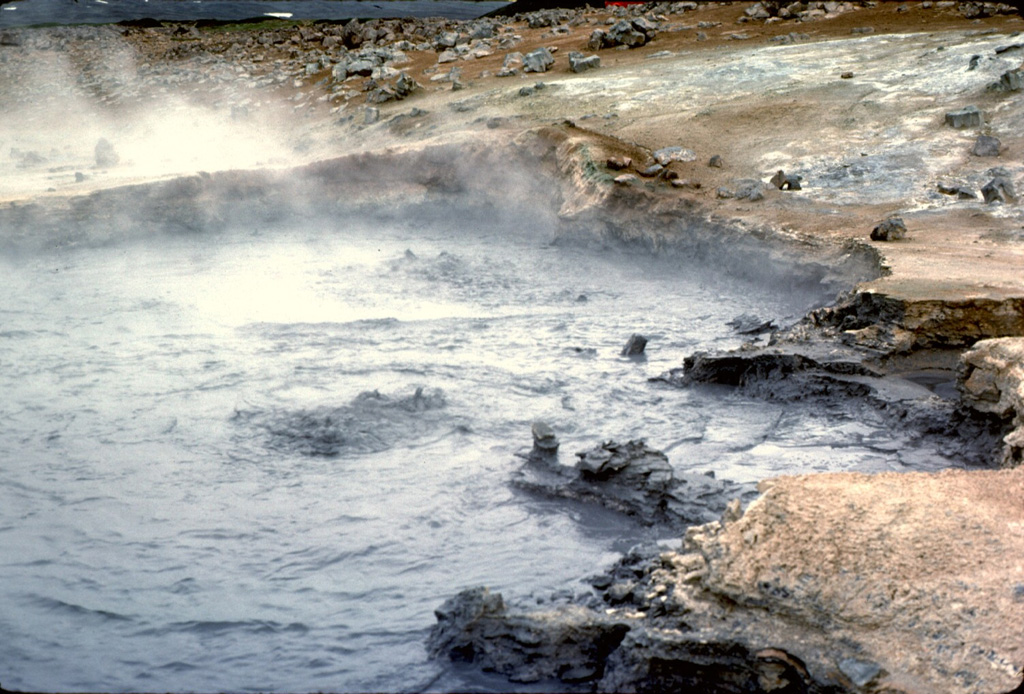 The Námafjall and Myvatn geothermal areas contains boiling mudpots such as these, numerous fumaroles, hot pools, and extensive areas of hydrothermally altered ground (the lighter-colored ground surface). Thermal activity keeps the ground warm enough in nearby areas so that there is no risk of frost at night. Farmers have taken advantage of this natural heat source to grow potatoes in an area of northern Iceland where that would normally not be possible.