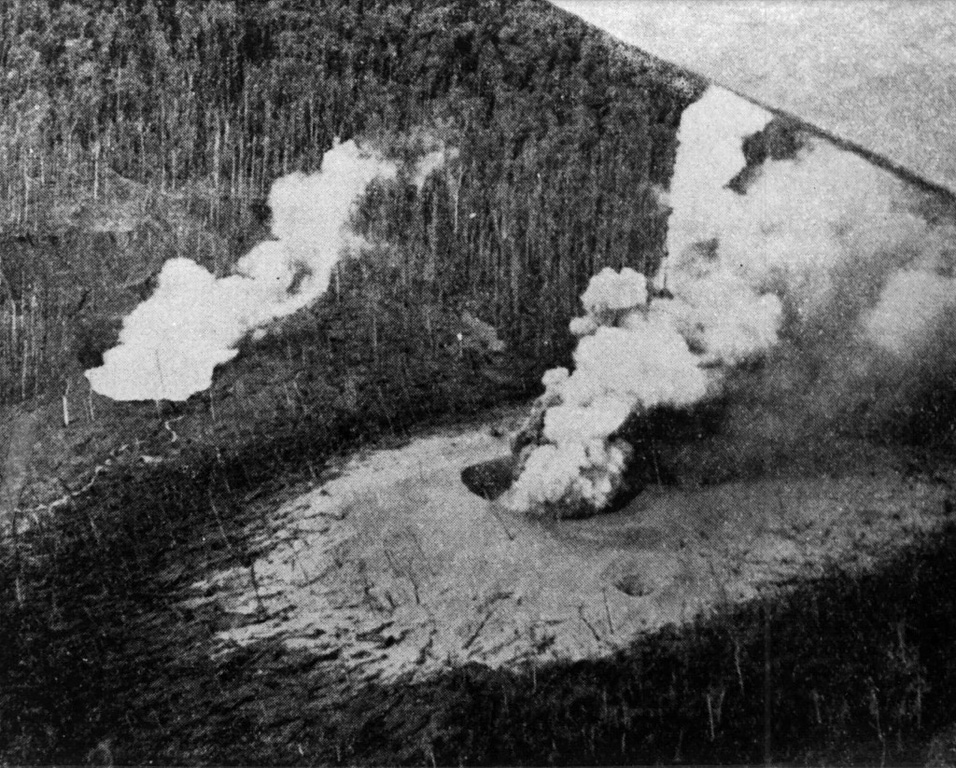 Waiowa (also known as Goropu) is an isolated tuff cone that was formed during 1943-44 by explosive eruptions through Paleozoic to pre-Cambrian metamorphic rocks. The active vents, seen here on 14 February 1944, were formed in an area without previous volcanic activity. Intermittent minor explosions began on 18 September 1943. Larger explosions occurred on 27 December 1943, 13 February, and 23 July 1944. After the final eruption on 31 August, the volcano was capped by a 500-m-wide crater that now contains a small lake. 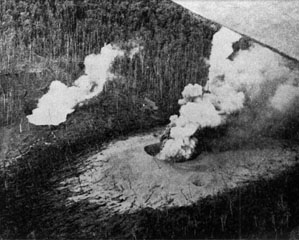