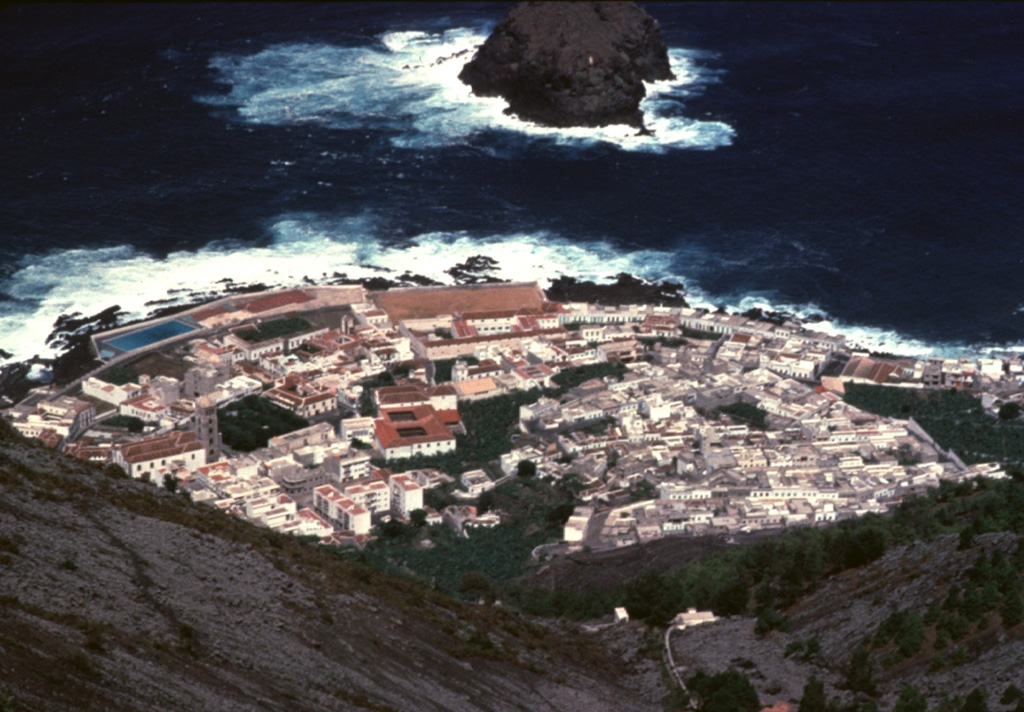 The town of Garachico on the northwestern coast of Tenerife Island occupies a lava delta created during an 18th-century eruption. The Garachico cinder cone, which was formed during the 1706 eruption, produced a 7-km-long lava flow that descended nearly 1400 m to the sea, destroying much of the village of Tanque as well as the town and port of Garachico. The Roque de Garachico island at the top of the photo predates the lava flow. 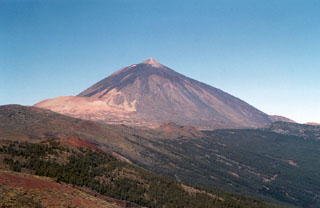