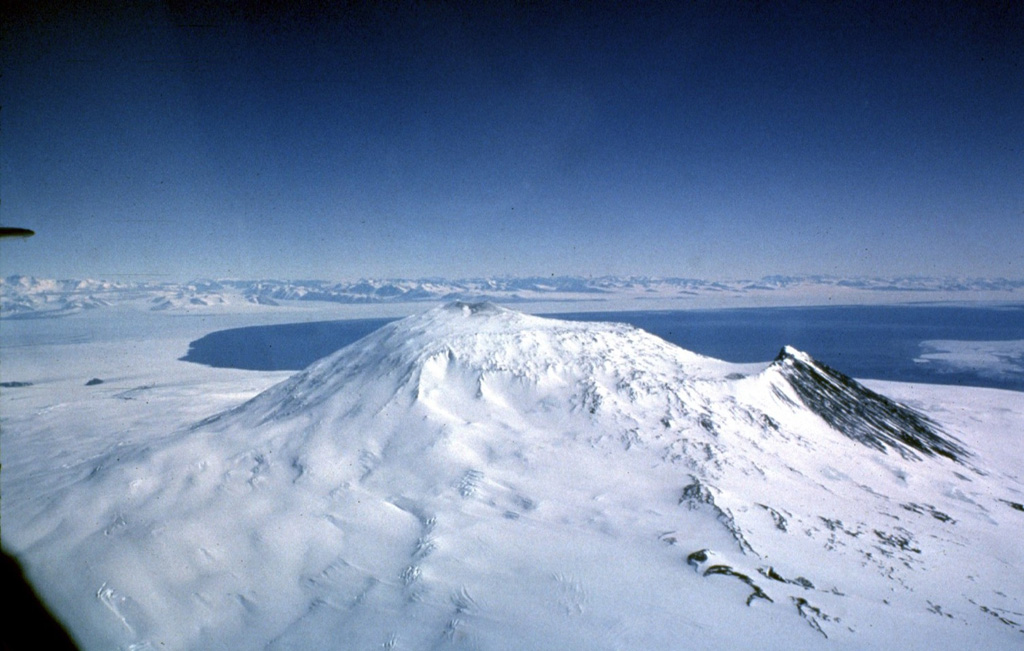 Mount Erebus is viewed here from the SE, with the water of the Ross Sea behind it and the mountains of Victoria Land in the distance. Fang Ridge is above the snow-free slope (right) on the NE flank. The plateau right of the summit is the lava flow-filled floor of the summit caldera, inside which the active summit cone was constructed. Hut Point Peninsula is the site of the McMurdo Station and is to the left of the Ross Sea.