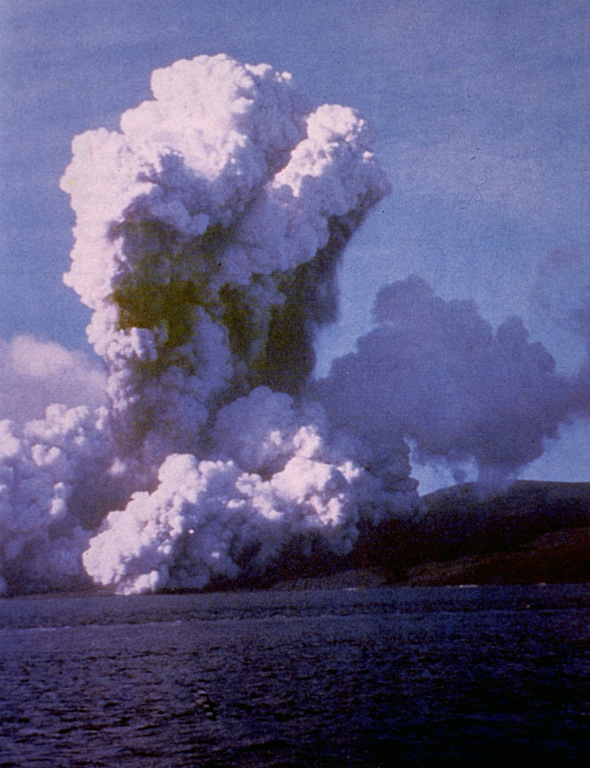 A plume of ash and steam rises above Telefon Bay on 4 December 1967. The eruption occurred from submarine vents in Telefon Bay, in the northwest part of the caldera bay, forming a new island named Yelcho. A second eruption center opened on land to the east. During the peak of activity the plume rose over 10 km above the vent, and pyroclastic material covered most of Deception Island. Ashfall occurred throughout the South Shetland Islands.