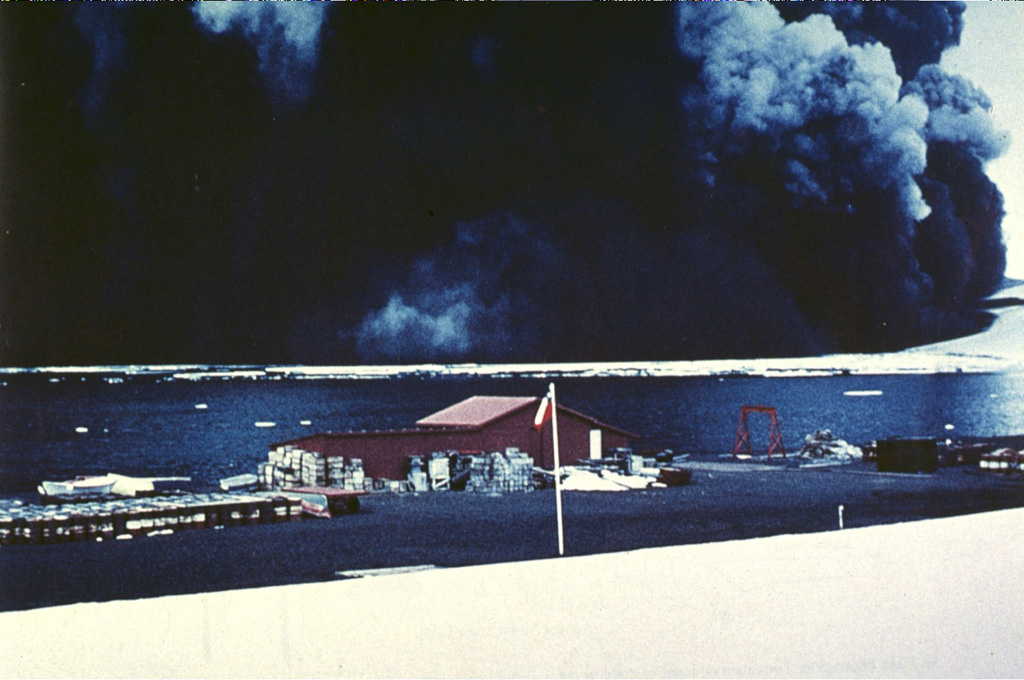 A wide, dark, ash-laden eruption plume towers above Pendulum Bay on 4 December 1967, originating from vents located about 2 km NW of the Chilean research station seen in the foreground. Heavy ashfall from the eruption severely damaged the Chilean base. The destruction of the base was completed by a subsequent eruption in 1969. Members of the research party walked about 6 km S to safety at the British research station on the first day of the eruption and were then evacuated by helicopter.