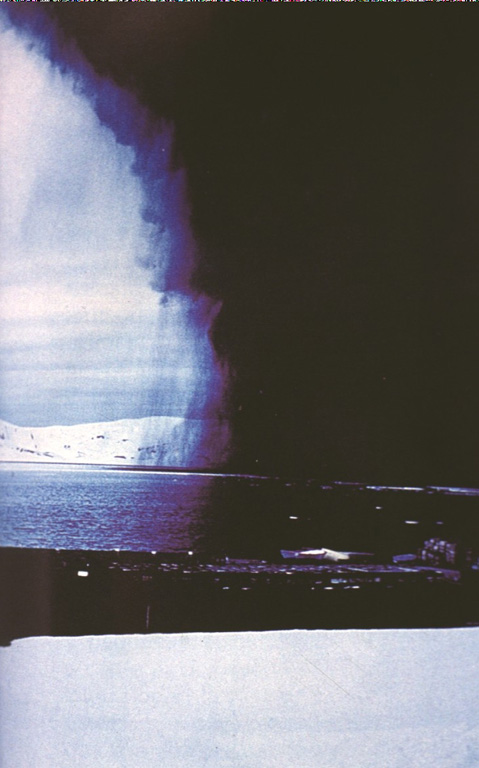 An eruption darkens the sky above Antarctica's Deception Island in December 1967. Falling ash can be seen trailing from the margins of the eruption cloud. Winds distributed the ash plume to the NE and deposited 30 cm of ash over a 2 km swath across Port Foster caldera bay onto the Chilean Antarctic research station, where this photo was taken.