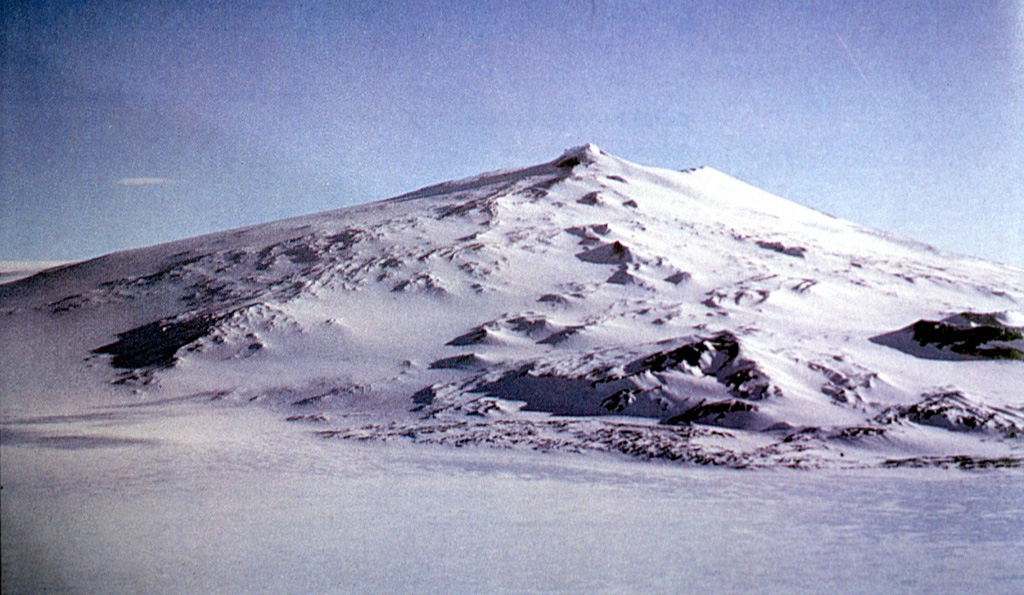 Mount Waesche, seen here from the SW, is the southernmost of a N-S-trending chain of volcanoes in central Marie Byrd Land. Mount Waesche is located 20 km SW of Pleistocene Mount Sidley, Antarctica's highest volcano. Waesche may have been active during the Holocene and is a possible source of ash layers in the Byrd Station ice core that were deposited during the past 30,000 years. Satellitic cinder cones, some aligned along radial fissures, are located on the SW flank. 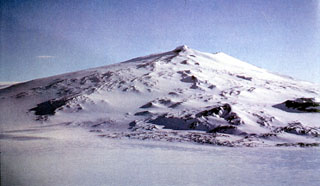