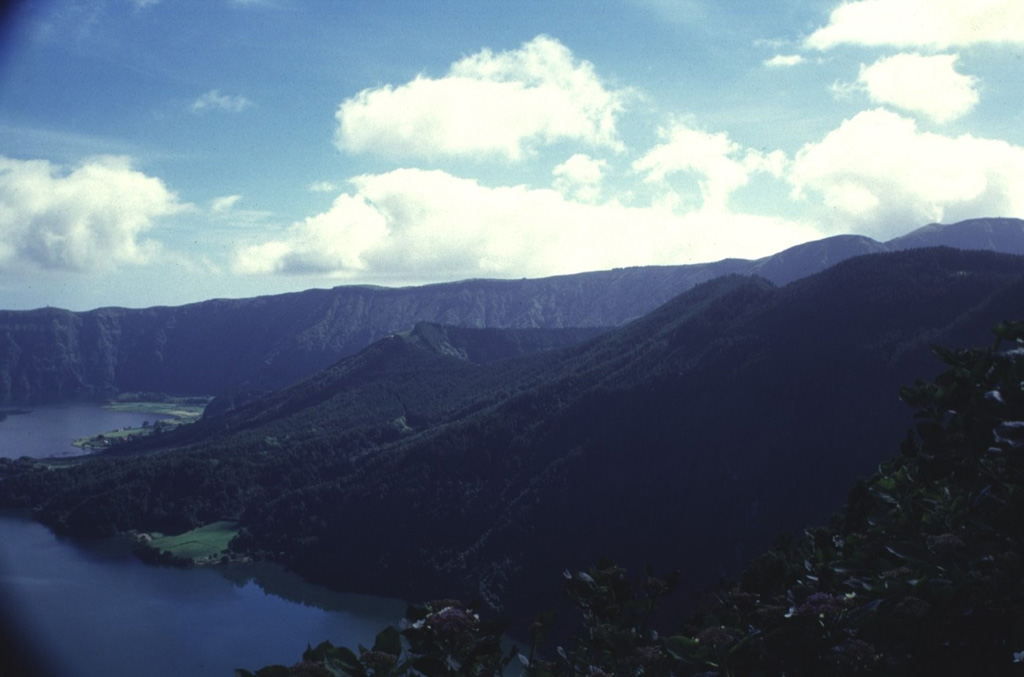 The SE floor of Sete Cidades caldera contains a large trachytic lava dome that is cut by two lake-filled craters. The rim of Lagoa de Santiago crater is visible at the center, to the right of the Lagoa Azul and Lagoa Verde lakes occupying the caldera floor. The Lagoa Rasa crater rim appears at the extreme right, below the rim of Sete Cidades caldera. Lagoa de Santiago was the source of a major explosive eruption about 1900 years ago, and Lagoa Rasa erupted several centuries later.