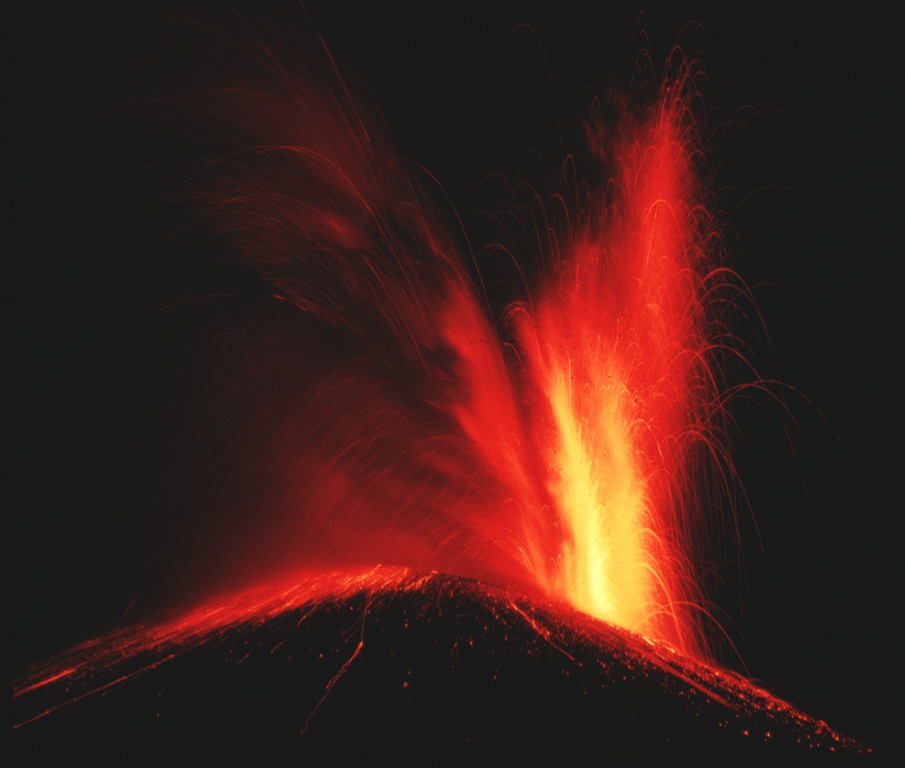 Incandescent ejecta from Cerro Negro volcano rising from a vent at the right reflects off the ash cloud to its left as glowing bombs litter the flanks of the cone. Cerro Negro began erupting on October 23, 1968 both from the summit vent, as seen here, and from a new vent on the south flank that produced a lava flow that traveled 1.5 km. Strong explosive eruptions damaged 700 sq km of cropland before the eruption ended on December 15.