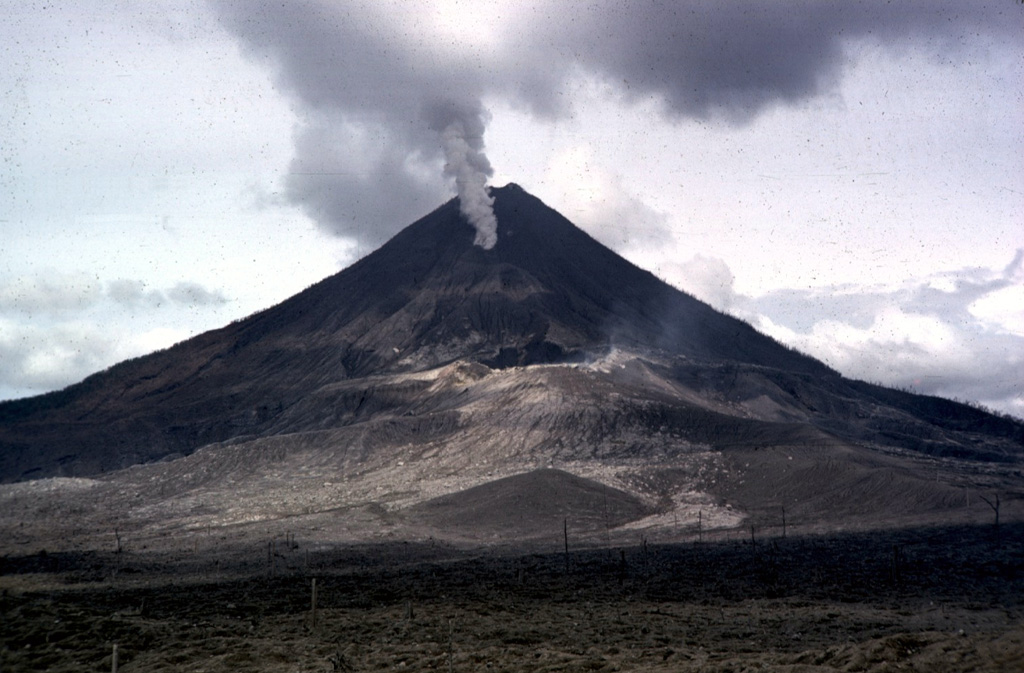 The initial explosions of the 1968 Arenal eruption took place at three craters located from the summit down the west flank. Crater A is visible in the sunlight at the center of the photo; this was the source of the devastating explosions on 29 July. A gas plume rises from Crater B, obscuring Crater C behind it. Lava effusion from Crater C began in September and continued for many years.