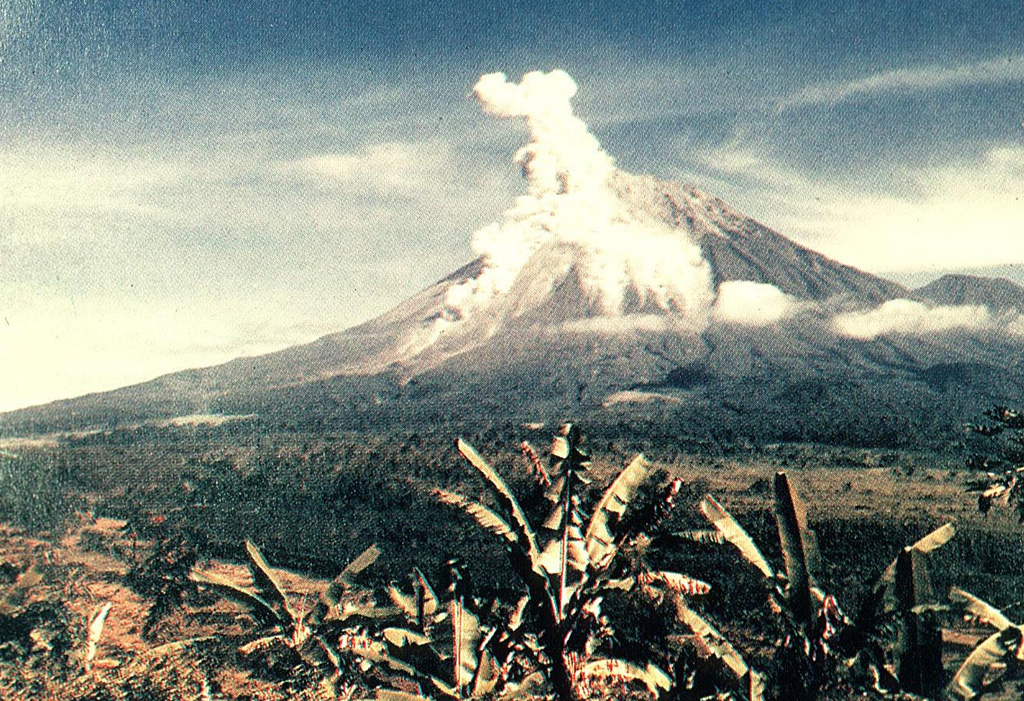 An eruption plume rises above the summit crater and a pyroclastic flow descends the southern flank of Semeru in this view from the Gunung Sanur Volcano Observation Post of the Volcanological Survey of Indonesia. The symmetrical stratovolcano is one of the most active in Java and has been in near-continual eruption since 1818. Frequent small-to-moderate explosive eruptions are occasionally punctuated by larger eruptions that produce pyroclastic flows and lahars that have reached the foot of the volcano.