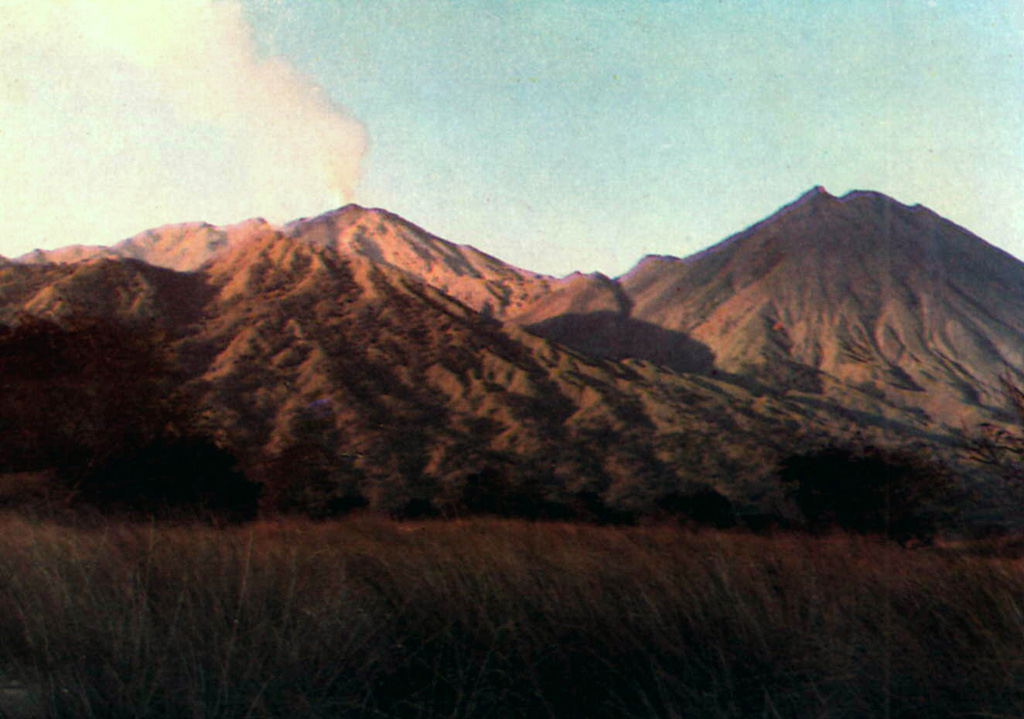 A plume rises above Doro Api, one of the two large post-caldera cones of Sangeang Api, in 1985. Doro Mantai appears at the right in this view from Sori Buntu on the S flank. An eruption that included both explosive activity and the effusion of lava flows down the W flank began in July 1985 and lasted until February 1988.