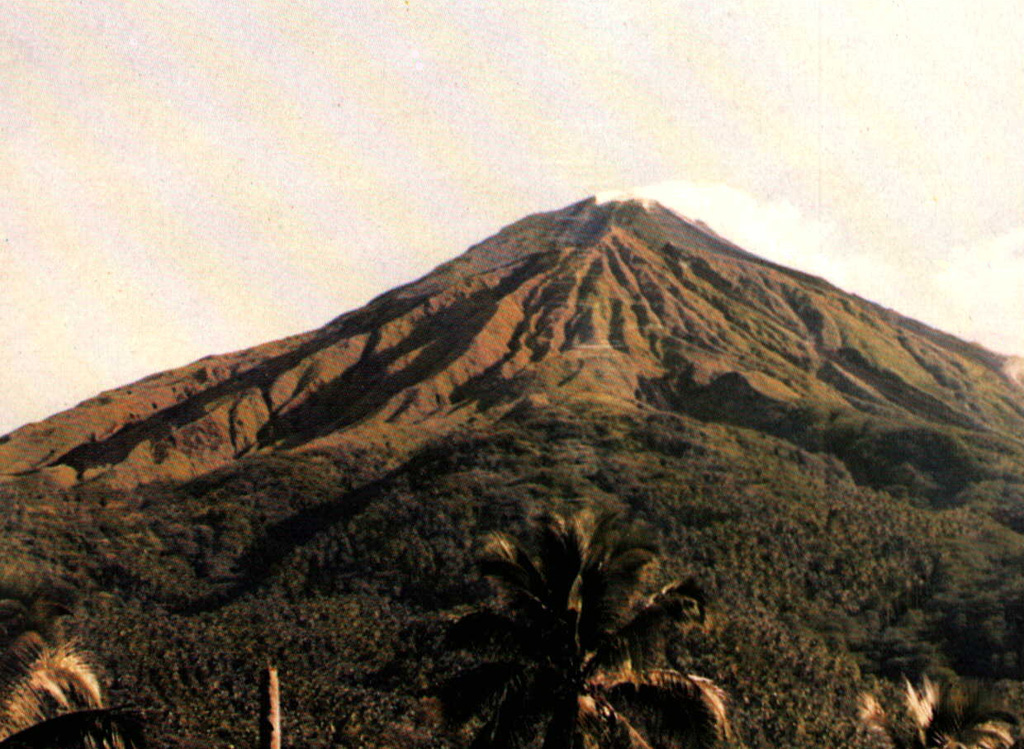 Karangetang (Api Siau) volcano rises above the Pengamatan Maralawa volcano observation post of the Volcanological Survey of Indonesia near the village of Salili on the southern flank. Karangetang is one of Indonesia's most active volcanoes. Twentieth-century eruptions have included frequent explosive activity that is sometimes accompanied by pyroclastic flows and lahars. Lava dome growth has occurred in the summit craters; collapse of lava flow fronts has also produced pyroclastic flows.