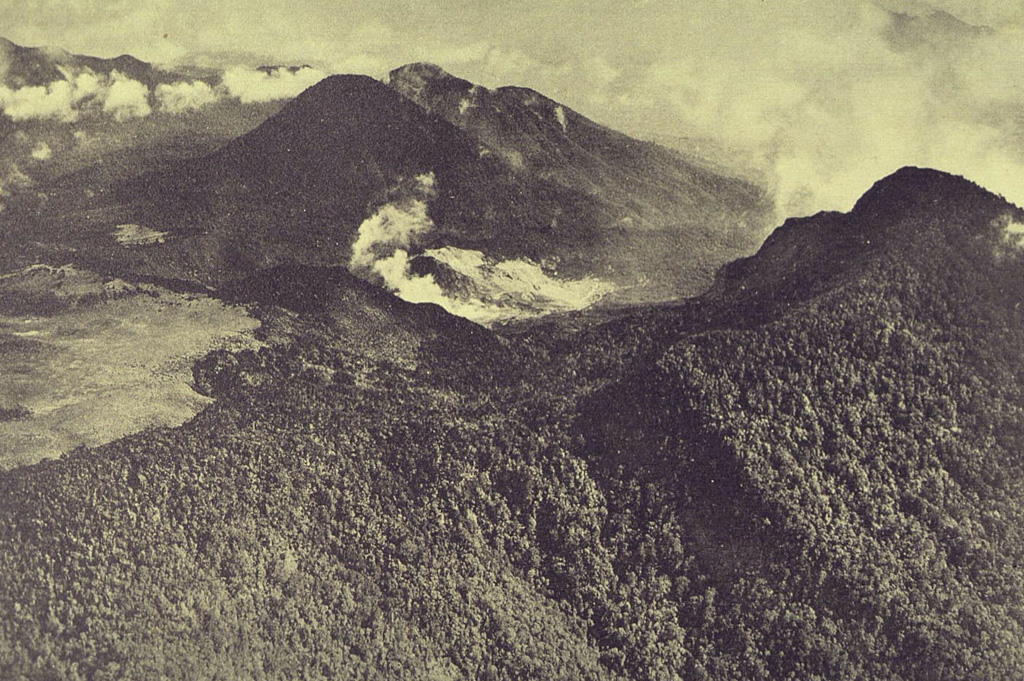 An aerial view from the south shows the complex summit of Papandayan volcano. The lighter-colored, flat area at the left is Alun-Alun, the uppermost of four summit craters. A gas plume rises from a hydrothermal area within the area remaining after the collapse of the summit in 1772. The forested peak at the right is the eastern summit. The two peaks at the upper left are Gunung Puntang and Gunung Jaja.