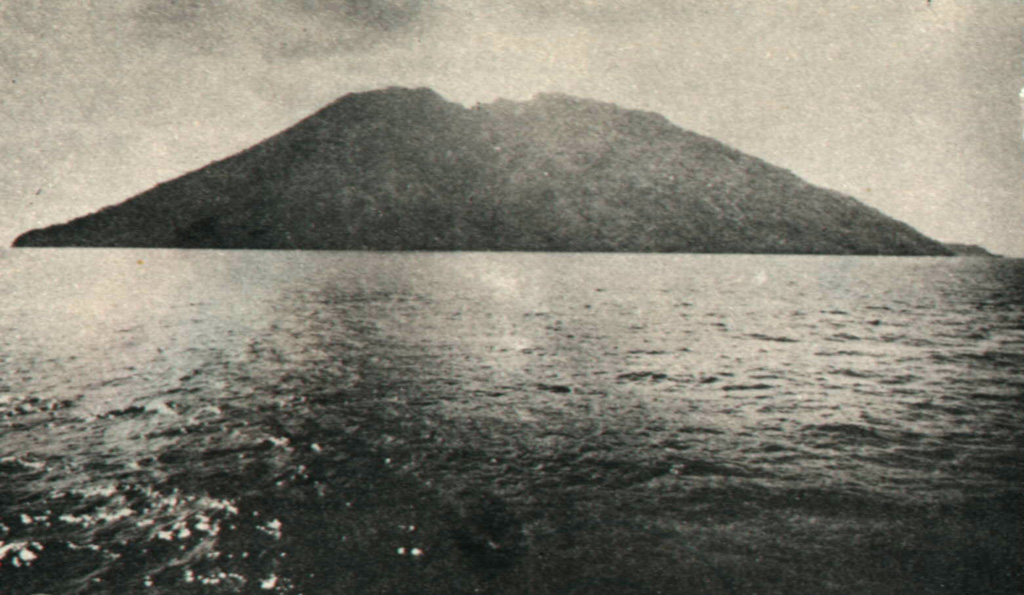 The small 2 x 4 km island of Serua, seen here from off its southern coast, is the emergent summit of a volcano rising 3600 m above the Banda Sea floor. The 641-m-high truncated central cone is surrounded by an old somma wall. A lava dome forms the summit of Gunung Serua, which is elongated in a NE-SW direction. Serua, also known as Legatala, is one of the most active of the Banda Sea volcanoes, with many eruptions recorded since the 17th century. 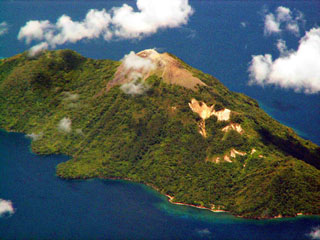