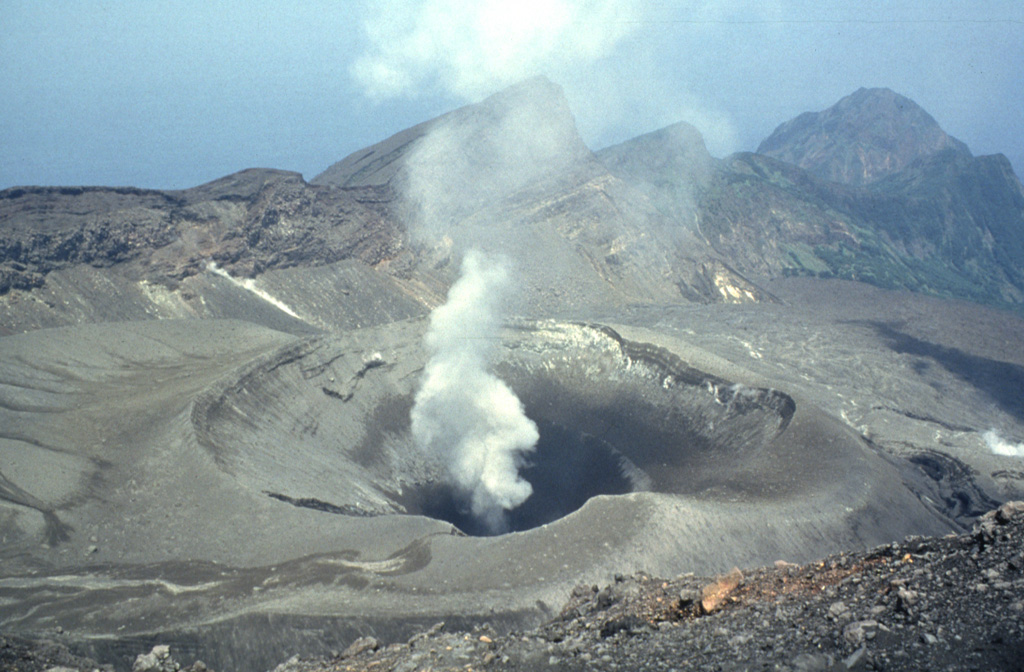 A plume rises above Ontake, the summit crater of Suwanosejima. The 8-km-long island consists of a stratovolcano with two historically active summit craters. The dipping scarp at the top of the image opens towards the sea on the E flank and formed by edifice collapse. This is one of Japan's most frequently active volcanoes and has been in a state of intermittent Strombolian activity since 1949.