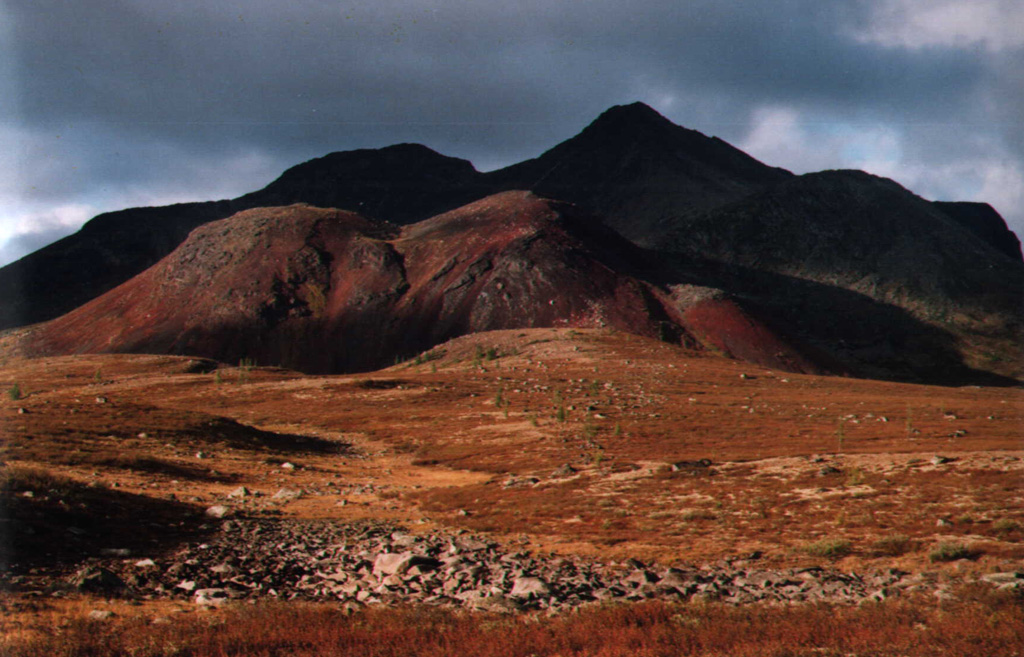 The Ulug-Arginsky scoria cone, seen here from the north in the sunlight in the center, is part of the Azas Plateau volcanic field west of the SW tip of Lake Baikal. Large granitic erratics (boulders emplaced by glaciers) were deposited on the surface, and lava flows from the cone are glacially eroded and overlain by moraines. The Azas Plateau volcanic field covers an area of about 1,500 km2. Some basaltic lava flows in broad glacially carved valleys are unglaciated and of probable Holocene age. 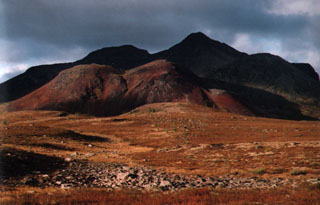