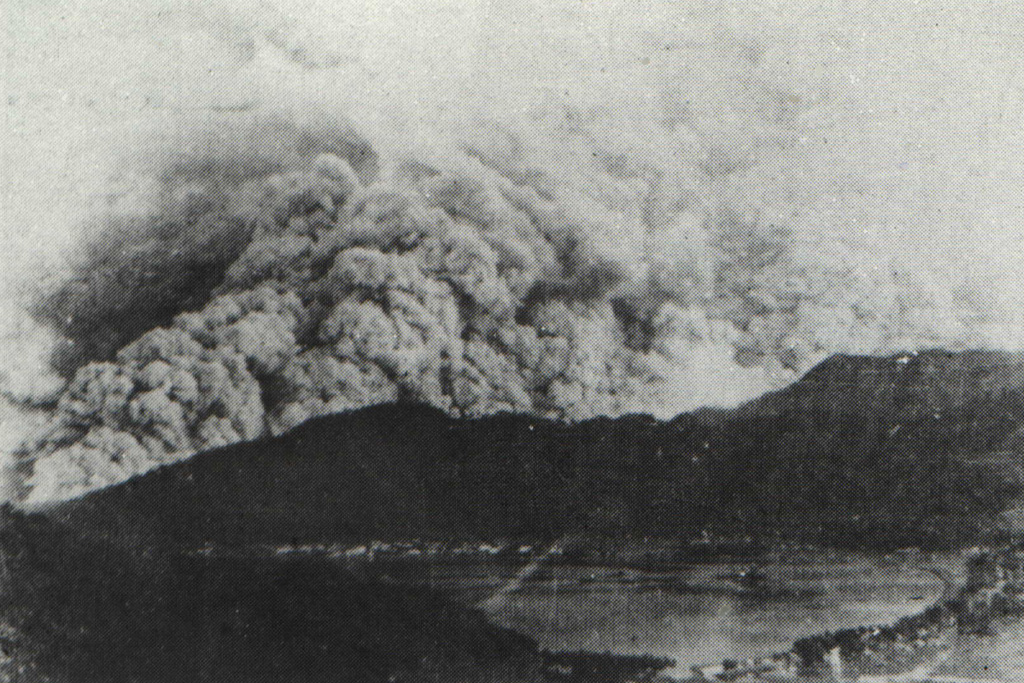 A pyroclastic flow in 1966 sweeps down the western flank of Awu volcano above the city and harbor of Tahuna. A major explosive eruption on August 12 ejected the lava dome and crater lake. Pyroclastic flows descended all sides of the volcano for an average distance of 5 km. There were 39 fatalities, and 1000 people were injured. Detonations were heard in the Philippine Strait. Following the paroxysmal eruption on the 12th, diminished explosive activity continued. The volcano was quiet in September, but three small eruptions occurred in October.