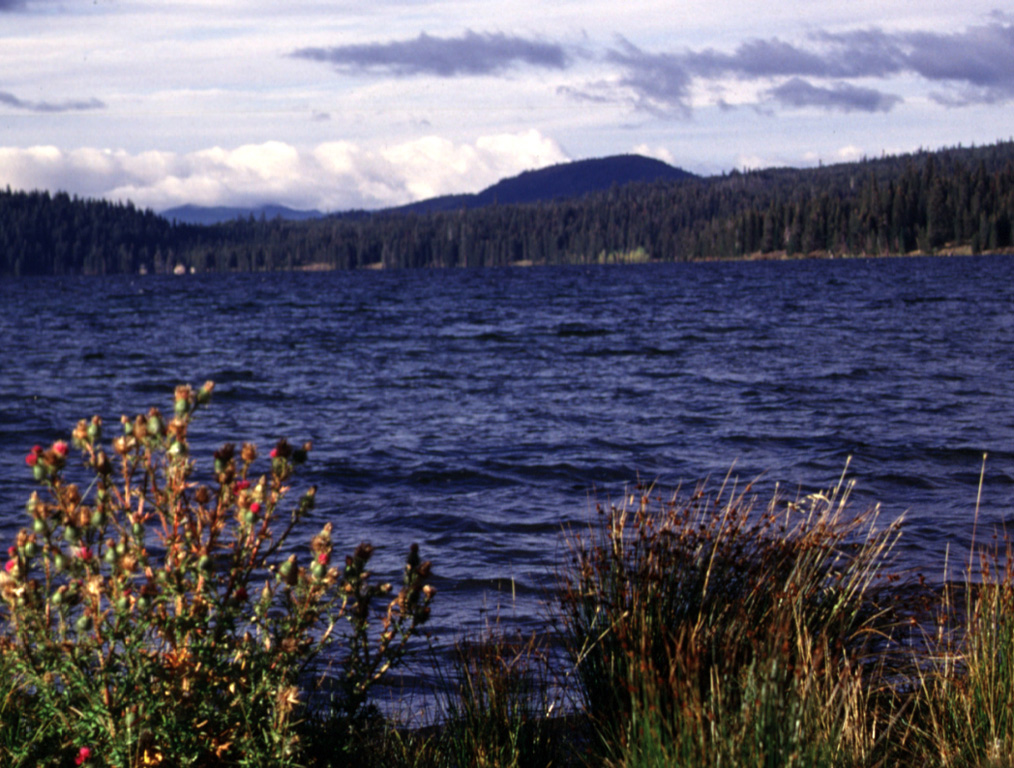 Cinnamon Butte (right center) rises above the shore of Diamond Lake, around 30 km N of Crater Lake. The cone is relatively young, having formed around 7,780 and 15,000 years ago. Lava flows from Cinnamon Butte traveled north and covered around 28 km2. 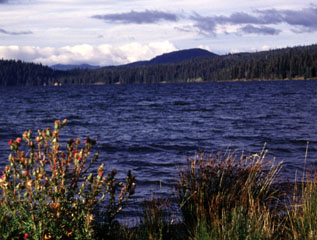