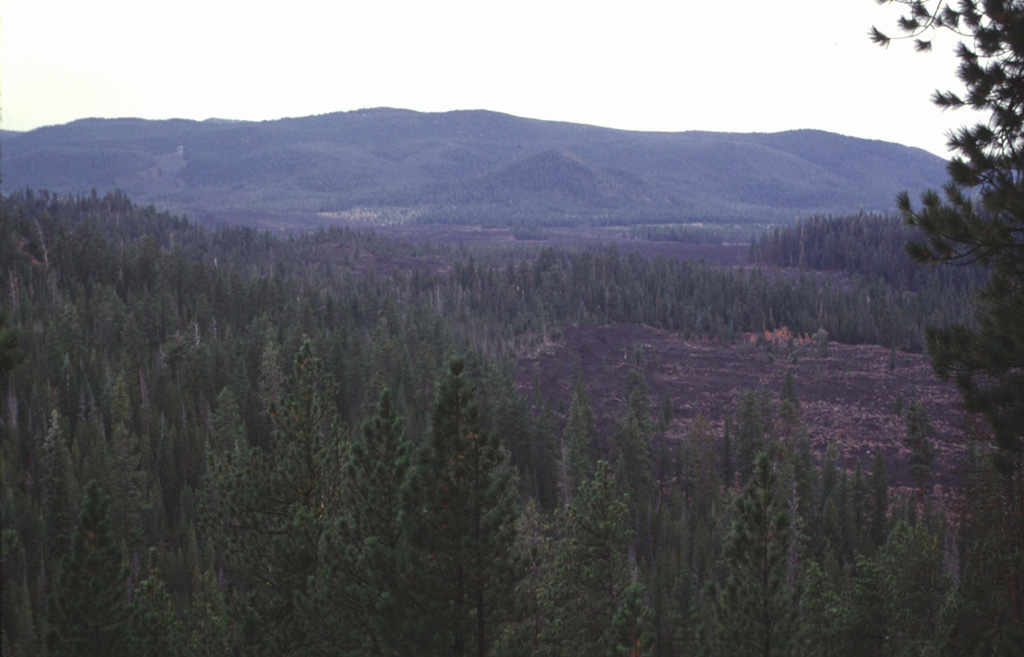 Three lava flows erupted from fissure vents on the NW rift zone of Newberry volcano about 6200 years ago can be seen in this photo. The Forest Road flow in the foreground was the smallest. Behind it are the Lava Cast Forest and Lava Cascades flows. The latter was the longest of the upper NW rift flows, traveling about 8 km from its vent. The northern rim of Newberry caldera forms the ridge on the horizon.