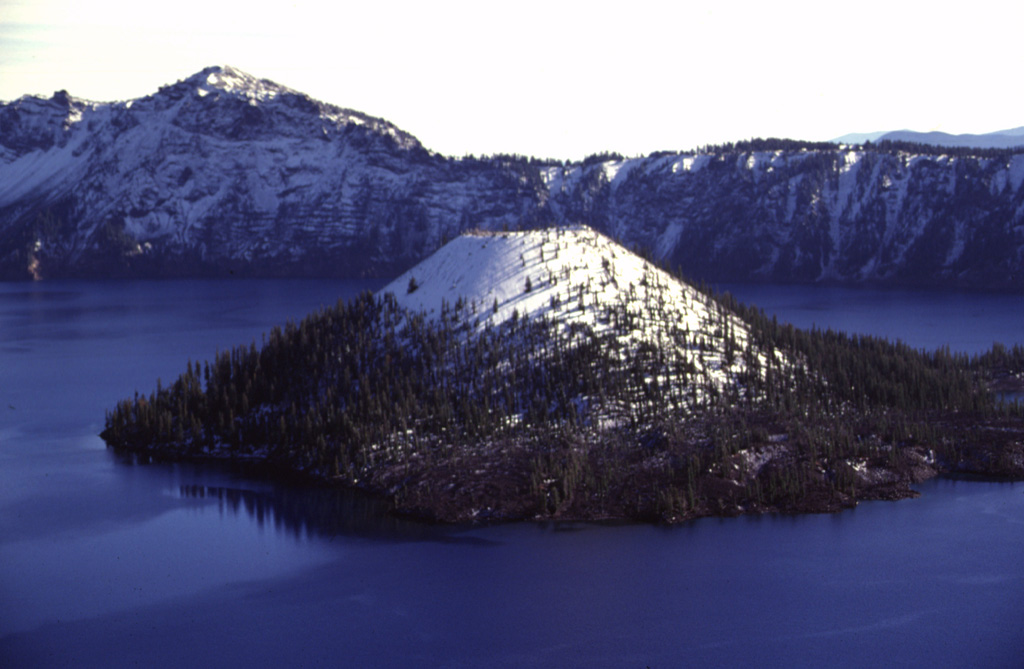 Wizard Island is the only one of three post-caldera cones within the Crater Lake caldera. The symmetrical scoria cone has a 90-m-wide summit crater. It formed several hundred years after the collapse of Mount Mazama about 7,700 years ago along the western structural margin of the caldera. Much of the cone lies beneath the nearly-600-m-deep waters of Crater Lake. A small dome is located on a central platform below the water and east of Wizard Island.