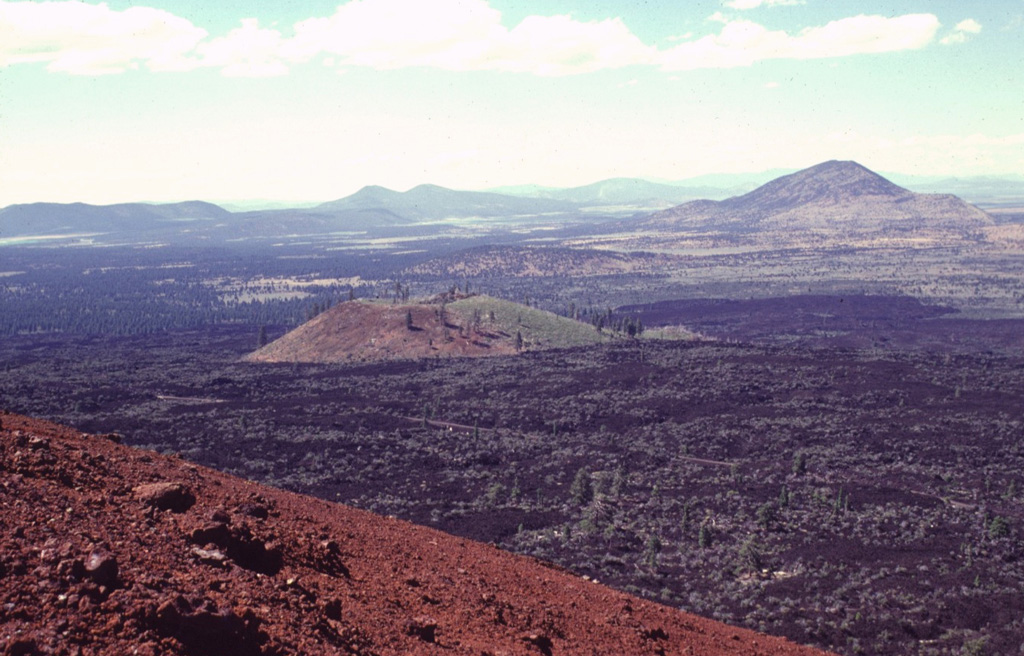 The basaltic Callahan lava flow, erupted from the Cinder Butte cone, is the largest Holocene lava flow on the north flank of Medicine Lake volcano. The broad Callahan flow is seen here from the reddish oxidized rim of Cinder Butte diverging around an older cinder cone to the north. The flow was dated from radiometric and paleomagnetic evidence at about 800 CE. The Callahan flow is chemically zone, with initial lavas being andesitic and later lavas basaltic.