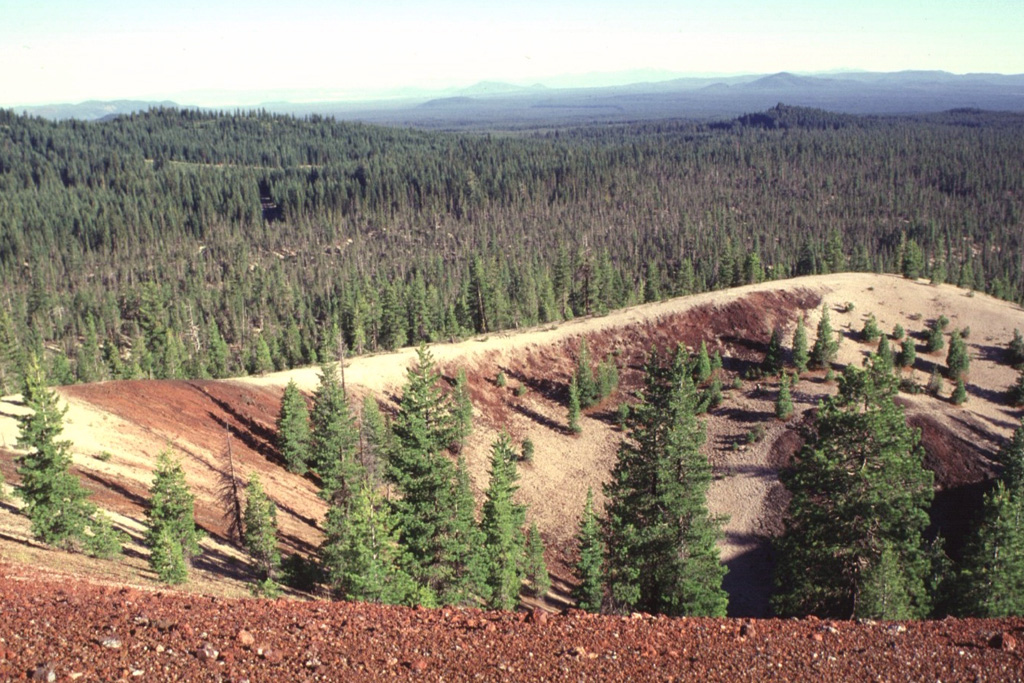 Paint Pot Crater on the lower SW flank of Medicine Lake volcano derives its name from the mantle of white pumice from nearby Little Glass Mountain that covers the reddish oxidized scoria of the cinder cone. Paint Pot Crater emitted a lava flow from its breached crater that traveled to the south, where it forms the sparsely vegetated area seen in the photo beyond the far rim of the cone. The crater and lava flow are among the youngest products of Medicine Lake volcano, and were erupted about 1100-1150 years ago.