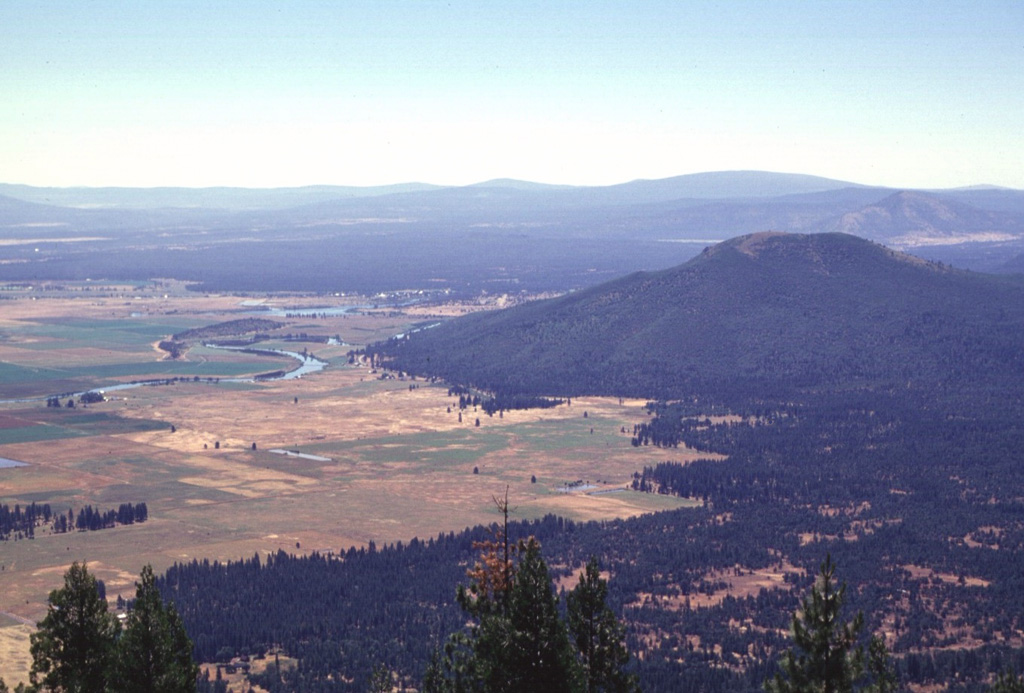 The broad forested area in the Falls River valley in the upper part of the photo beyond Saddle Mountain, the prominent forested peak at right-center, is the inconspicuous Big Cave shield volcano. The low shield volcano fed lava flows that extend primarily to the north, towards the Pit River. Big Cave is one of several poorly known young Quaternary volcanoes in northern California between Mount Lassen and Medicine Lake volcano. This view looks to the SE from Soldier Mountain, with the town of Fall River Mills in the valley left of Saddle Mountain. 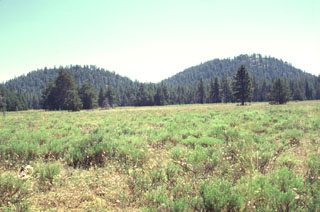