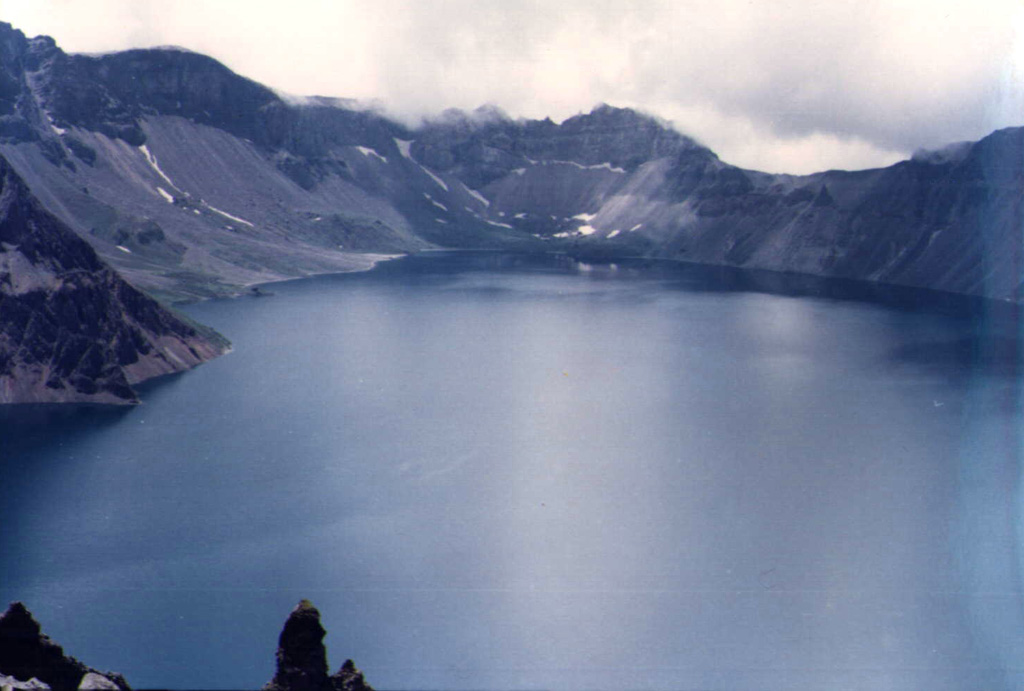 Lake Tianchi occupies the 5-km-wide, 850-m-deep summit caldera of Changbaishan, which straddles the China/Korea border. The volcano is also known as Baitoushan and by the Korean names of Baegdu or P'aektu-san. This view looks from the northern rim on the Chinese side towards the SE caldera wall on the Korean side. One of the world's largest known Holocene explosive eruptions took place from Changbaishan about 1000 CE, depositing tephra as far away as northern Japan. 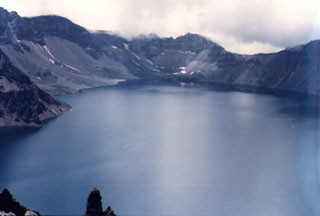