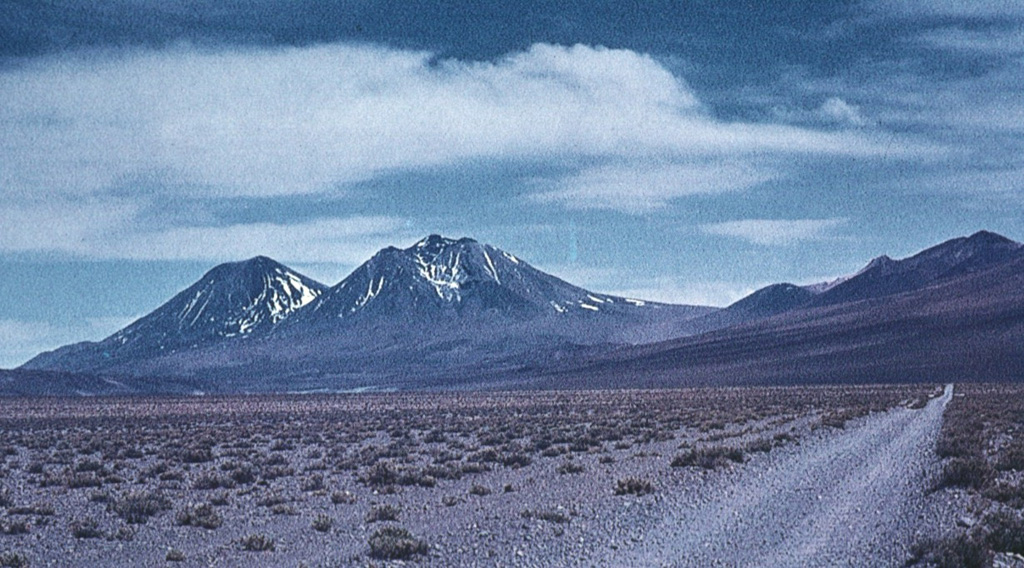 The composite volcano of San Pedro in the arid Atacama desert of northern Chile is one of the world's highest historically active volcanoes. The 6145-m-high San Pedro (left) is located to the west of its older twin volcano, 6092-m-high San Pablo (center). The youngest cone of San Pedro was constructed within the horseshoe-shaped crater left by the collapse of an older edifice, which produced a large debris avalanche to the west. Reports of variable reliability mention historical eruptions in the 19th and 20th centuries. 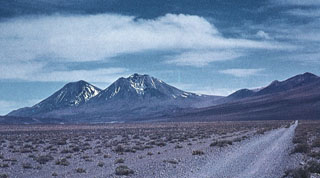