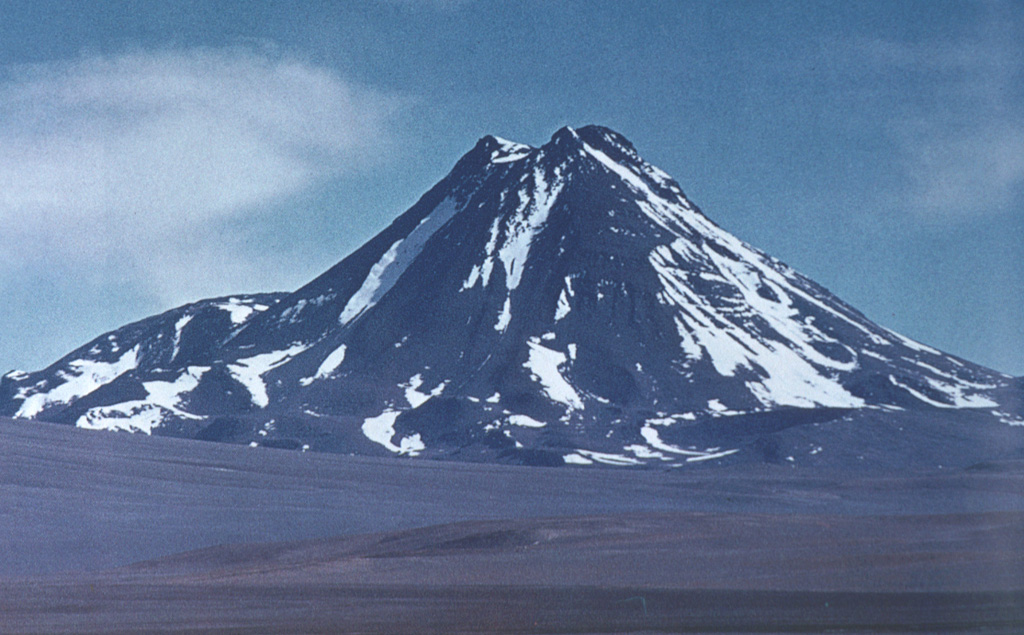 Acamarachi, an impressively steep-sided andesitic-dacitic volcano with slopes that reach about 45 degrees, towers above Laguna Aguas Calientes. The 6046-m-high Acamarachi is the highest peak in this part of the northern Andes and lies at the SSE end of a small volcanic complex that extends from the neighboring volcano Colachi. A poorly preserved summit crater and the absence of youthful flank lava flows suggest that Acamarachi was largely constructed in pre-Holocene times, although the summit lava flows may be younger. 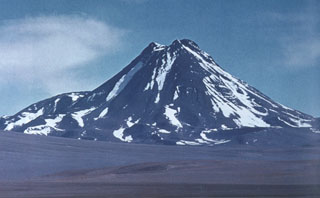