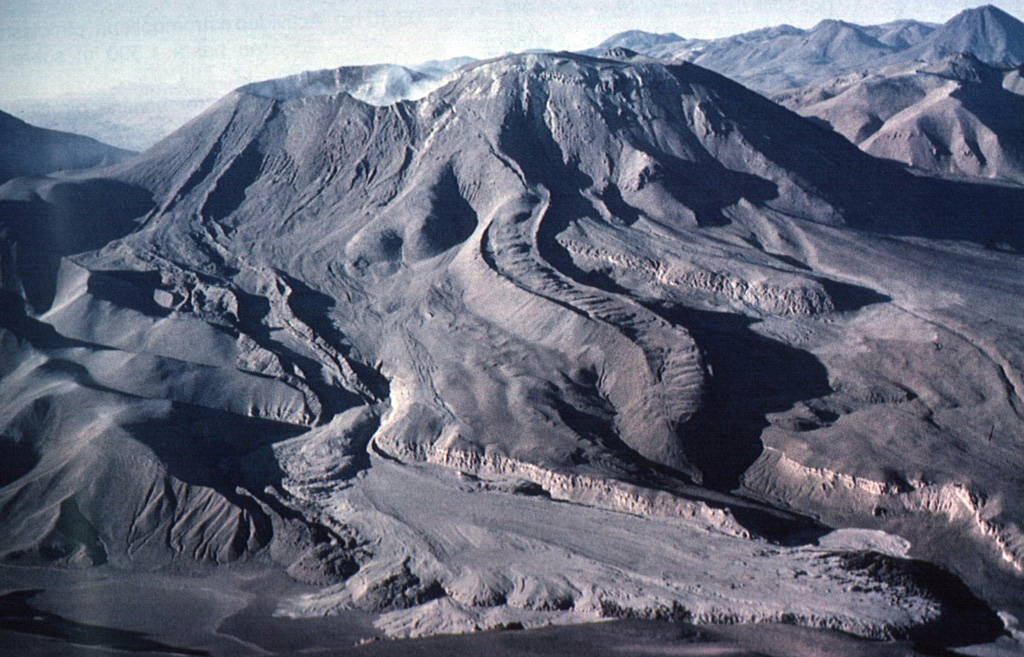 The lava flow with prominent lateral levees extending from the far left (eastern) side of the summit crater of Láscar is the Tumbres-Talabre lava flow. This flow was erupted about 7100 years ago and descended 8 km down the NW flank of the volcano. The distal part of the lava flow is overlain by light-colored pyroclastic-flow deposits in the foreground that originated during an eruption on April 19, 1993. Another steep-sided viscous lava flow with pronounced lateral levees is visible in the center of the photo.