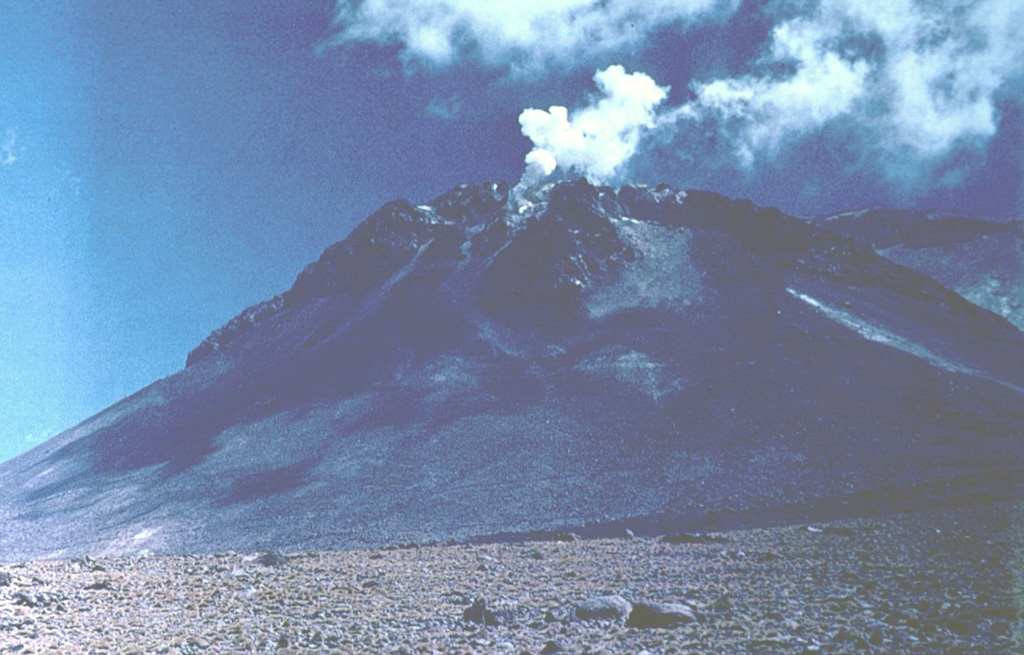 Steam pours from vigorous fumaroles near the summit of Volcán Ollagüe. This massive 5868-m-high stratovolcano is capped by a large dacitic lava dome. Collapse of the volcano produced a massive Pleistocene debris-avalanche deposit that extends to the west. Active sulfur mines on the upper western and southern flanks are reached by a road that climbs to about 5500 m elevation. Only increased fumarolic activity has been recorded at Ollagüe during historical time. 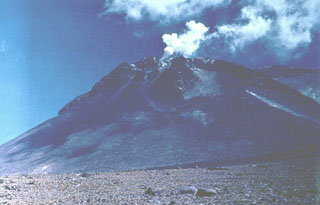