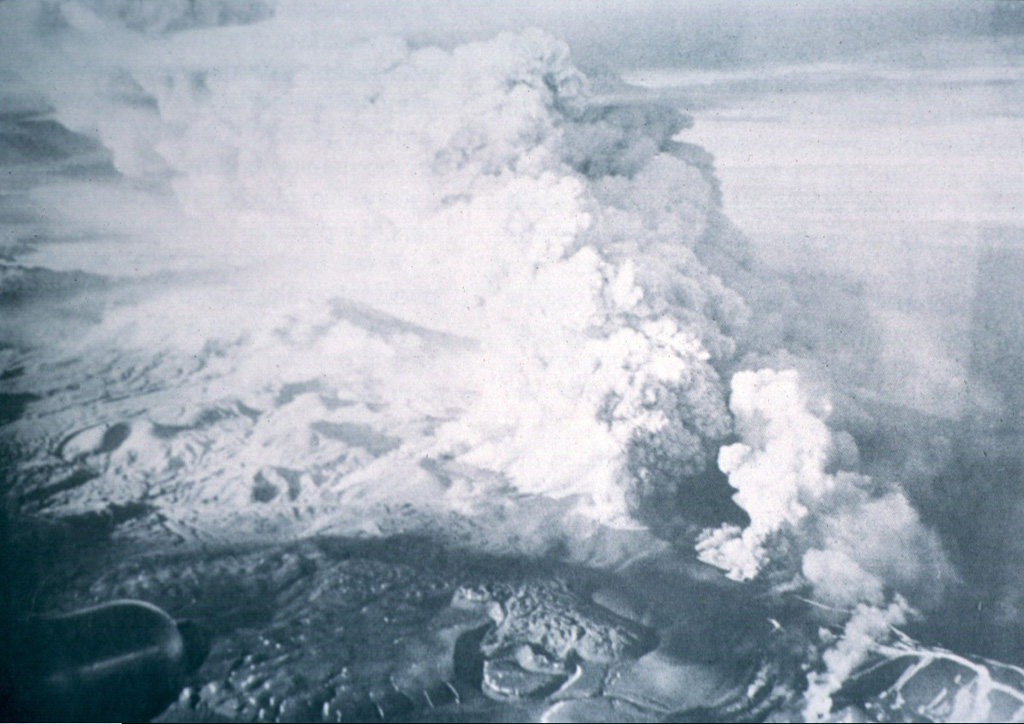 Ash-laden eruption plumes rise above a fissure vent at Cordón Caulle volcano on May 24, 1960 during the latest eruption of this volcano. An eruption from the southeast end of the Cordon Caulle fissure system began 48 hrs after a major tectonic earthquake with an epicenter 300 km NW of Puyehue volcano. Tephra fell primarily to the southeast. Lava flows from numerous vents flowed mostly to the southwest. The eruption lasted until the end of June.