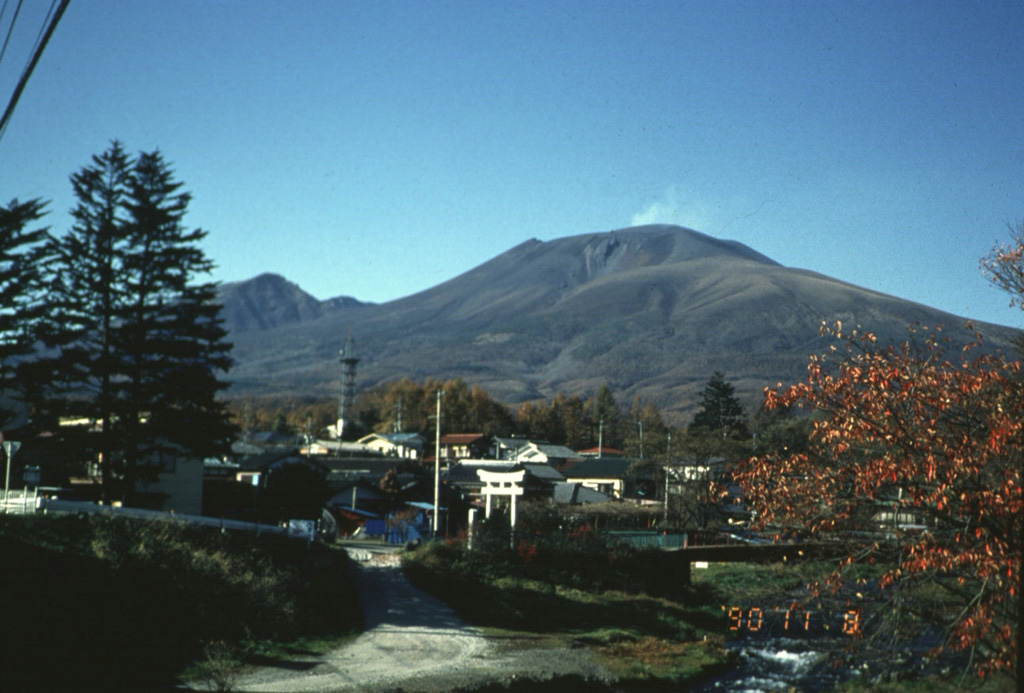 A faint plume rises above the summit of Asama behing the resort city of Karuizawa, immediately SE of the volcano. Asama is one of the most active volcanoes in Honshu and ash from its eruptions occasionally reach Tokyo.