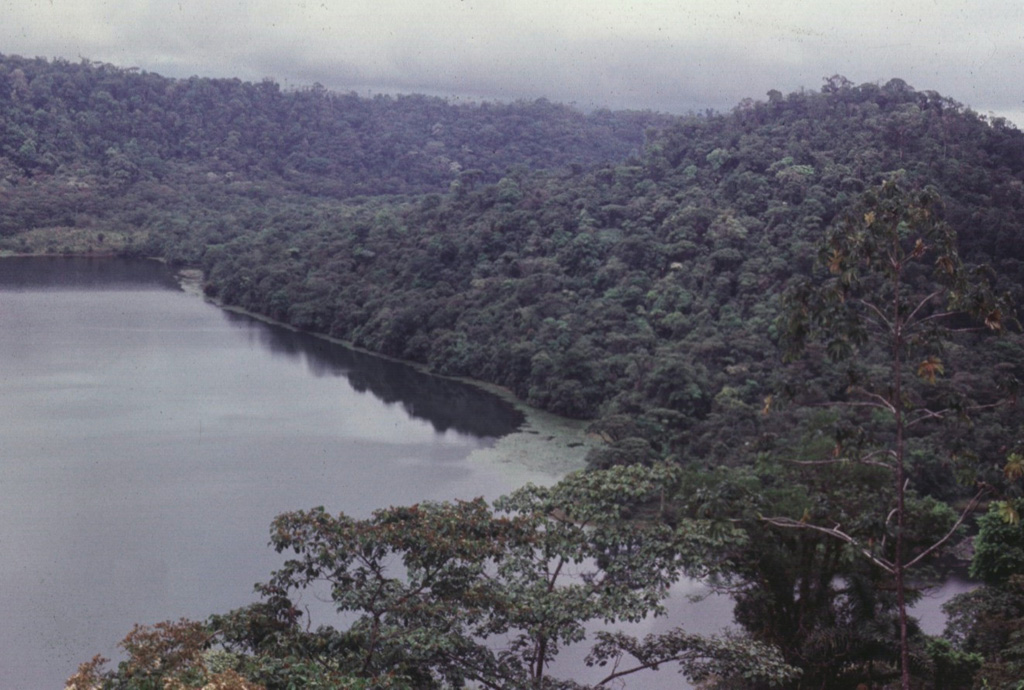 Bosque Alegre maar was constructed about 12 km from Poás along a N-trending chain of vents. Laguna Hule ("Rubber Lake") at the lower left lies within the 2-km-wide maar complex known as Bosque Alegre ("Happy Forest"). The pyroclastic cone at the right rises about 130 m above the roughly 20-m-deep lake and separates it from Laguna Congo in the NW part of the maar complex. A pyroclastic-flow deposit from Bosque Alegre maar was radiocarbon dated at about 2730 yrs before present.