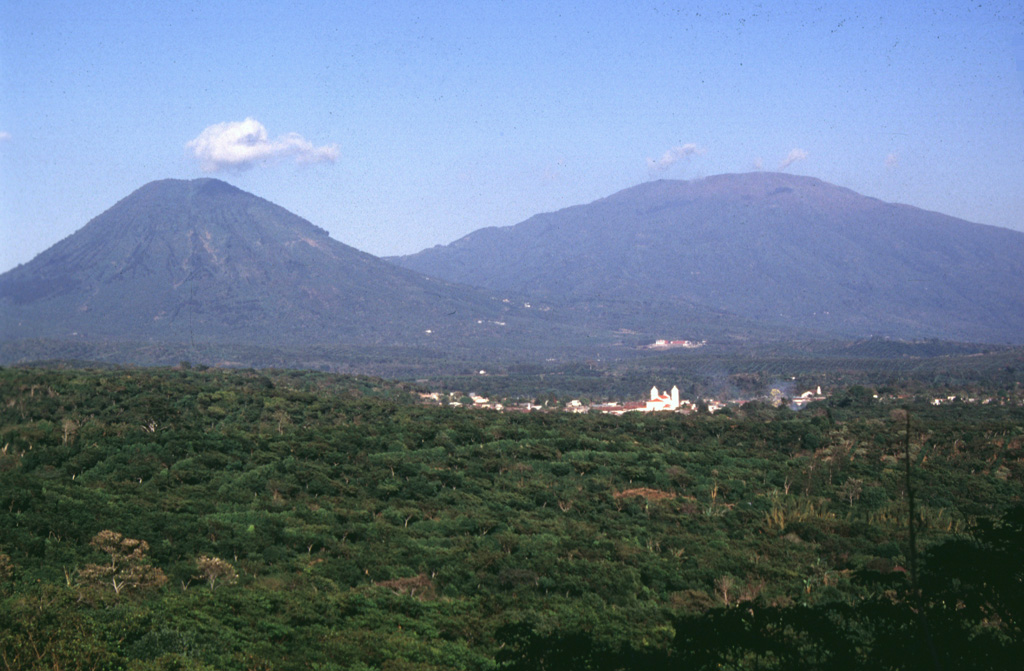 Two dramatic volcanoes rise above the town of Juayua (right-center) in western El Salvador. The conical peak at the left is 1961-m-high Cerro los Naranjos, one of the youngest peaks of the Apaneca Range volcanic complex. The broader peak at the right is 2365-m-high Santa Ana, El Salvador's highest volcano. Los Naranjos has not erupted in historical time, but Santa Ana has had eruptions from both summit and flank vents since the beginning of the Spanish era.