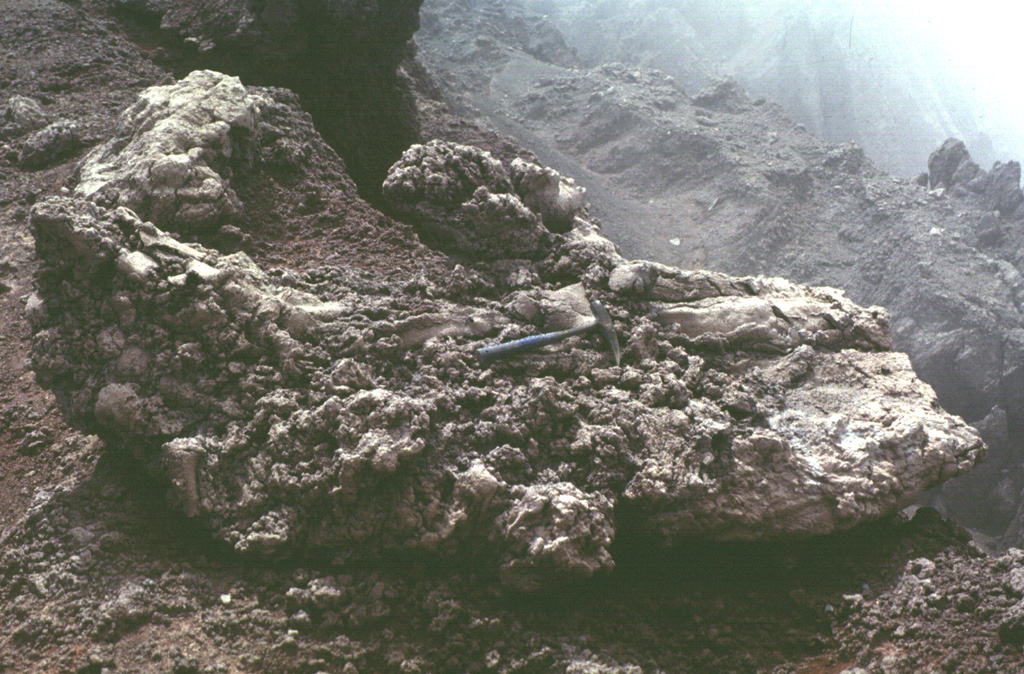 This large lava bomb in the summit crater of San Miguel was probably erupted in 1976. Lava fountaining took place in the central crater, which was active December 2-12, 1976 and February 28 to March 1, 1977, constructing a new spatter cone. Ashfall in December 1976 caused some crop damage.