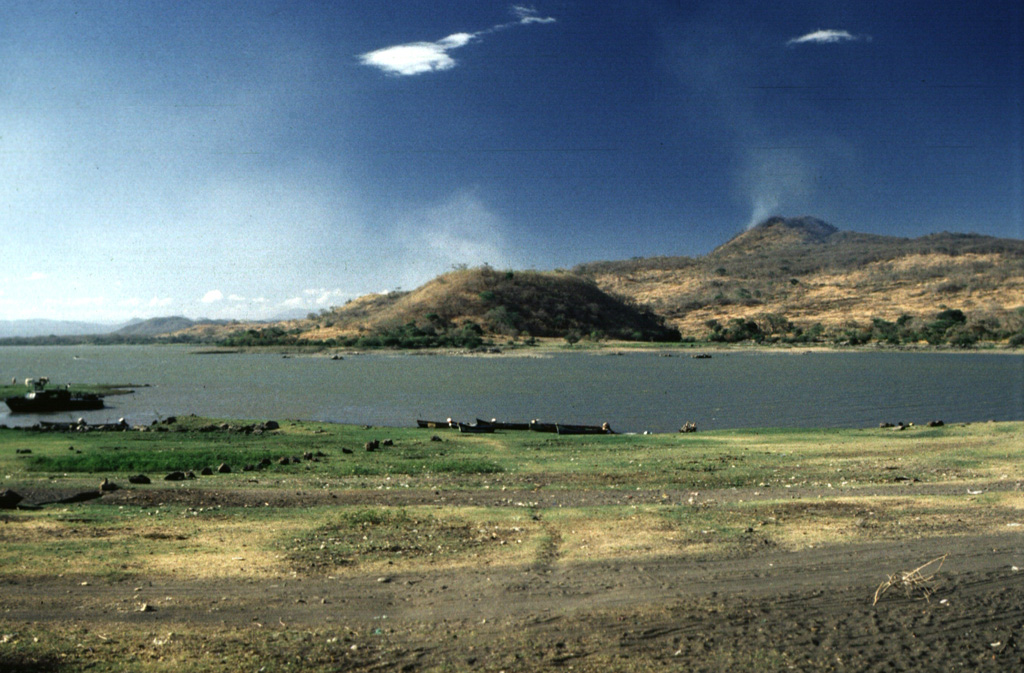 An extensive volcanic field of scoria cones and lava flows near Lake Güija is named after its largest feature, Volcán de San Diego (upper right). A large lava flow from the San Diego scoria cone dammed the drainage and was responsible for the formation of 12-km-long Lake Güija, which lies mostly in El Salvador and extends across the border into Guatemala. Cerro el Tule scoria cone in the center of the photo is near the eastern shore of the lake. 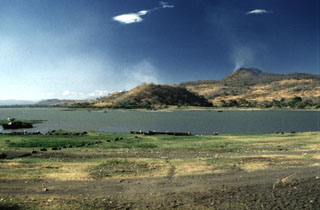