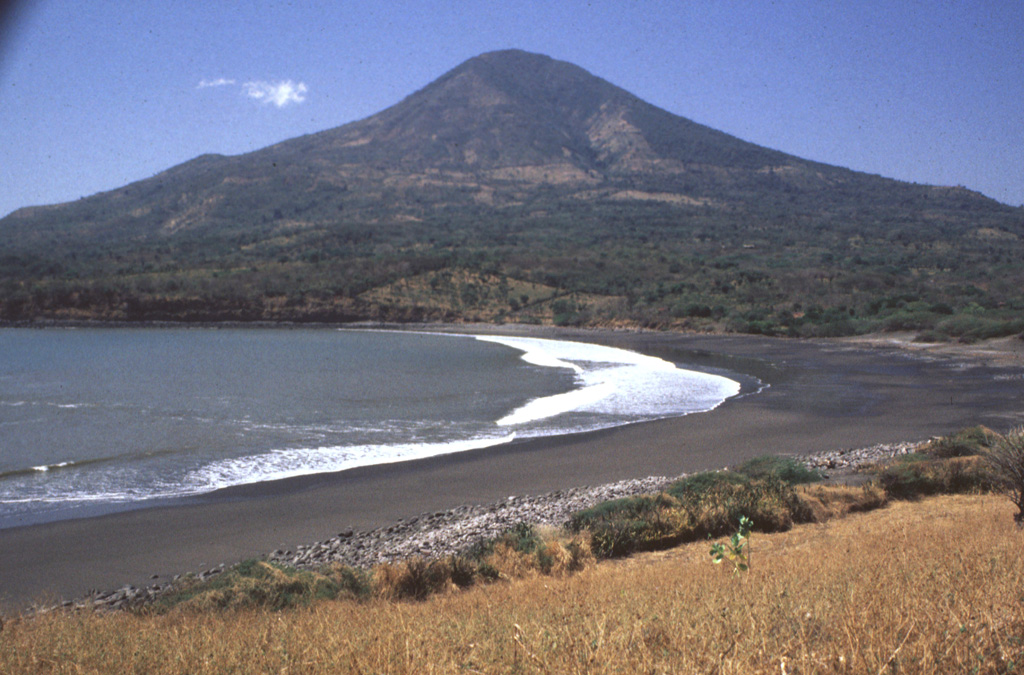 Conchagua volcano towers above sandy beaches along the Gulf of Fonseca at the SE tip of El Salvador. The 1225-m-high stratovolcano has a conical profile, but has been extensively eroded. The easternmost of two major summits, Cerro de la Bandera, is seen in this view from Punta el Chiquirín and appears to be younger in age. Recently active fumarolic areas form barren spots on both peaks of this little-studied volcano. Historical reports of eruptions appear to be erroneous, and may refer to landslides associated with earthquakes. 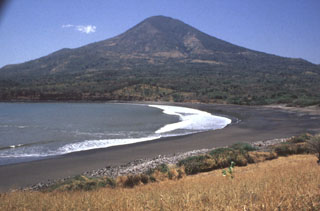