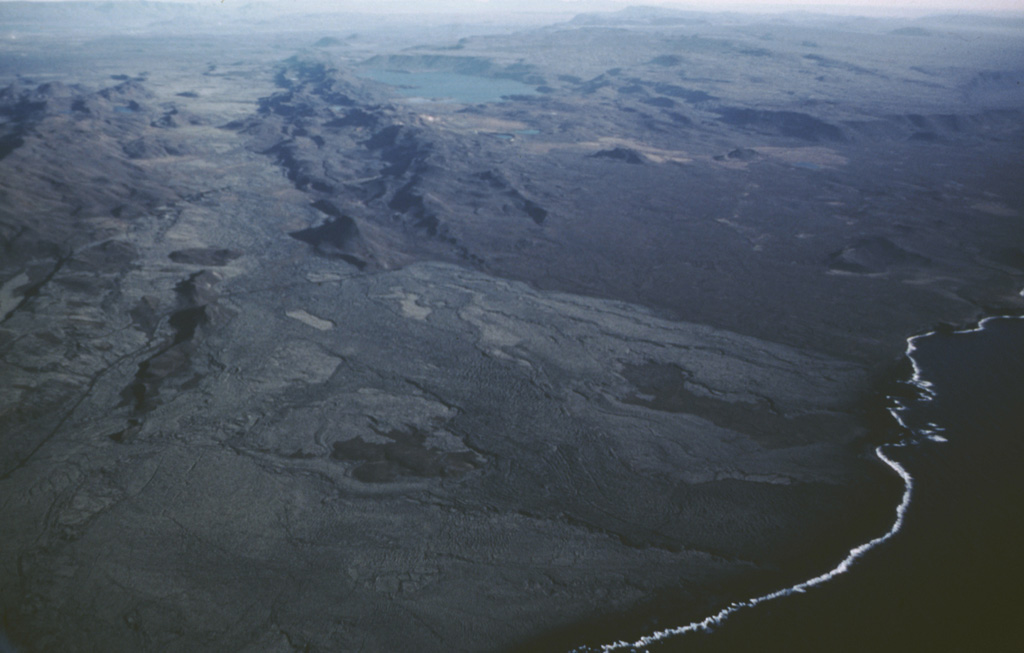 The Krýsuvík-Trölladyngja volcanic system consists of NE-SW-trending crater rows and small shield volcanoes cutting the central Reykjanes Peninsula west of Kleifarvatn lake (top center). Several eruptions have taken place since the settlement of Iceland, including the emplacement of a large lava flow from the Ogmundargigar crater row around the 12th century. The lava flow was confined to the valley between the two parallel ridges (top left), before reaching the southern coast of the Reykjanes Peninsula (lower right) along a broad front.