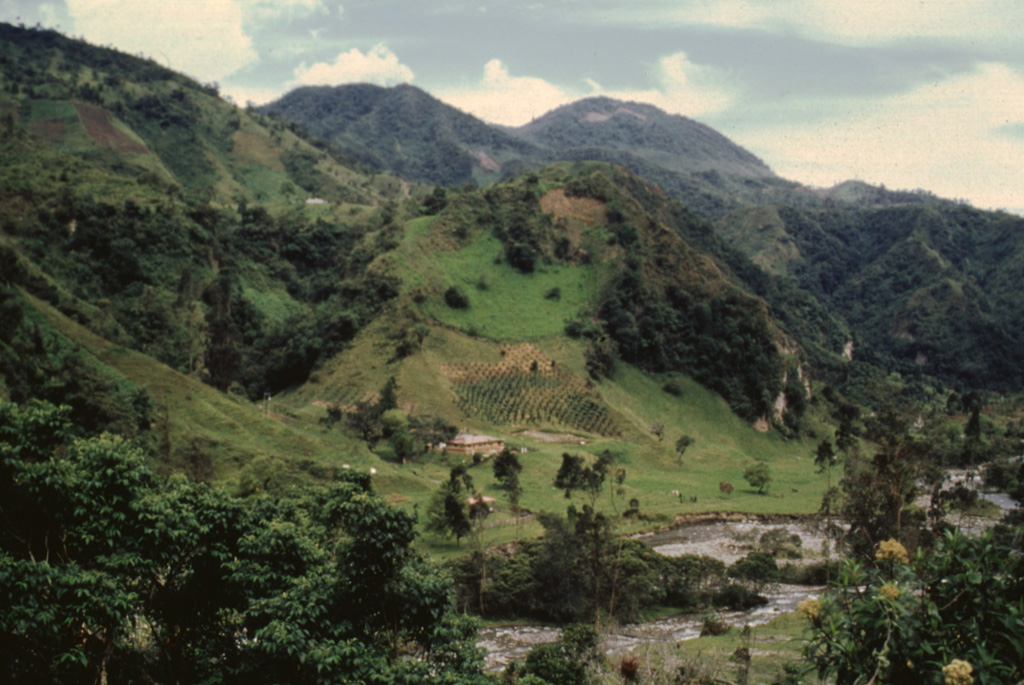 The terraces along the Toche River are composed of thick pyroclastic flow deposits produced during Holocene explosive eruptions of Cerro Machín. The summit lava domes are seen on the horizon in this view from the NNW. This small but explosive volcano is located at the southern end of the Ruiz-Tolima massif.