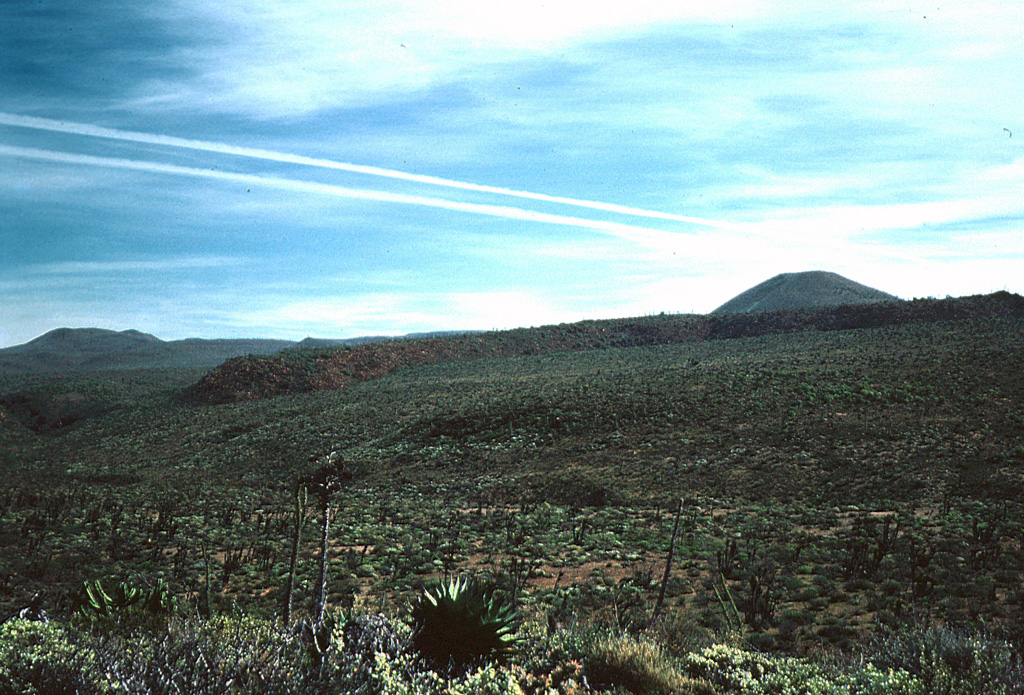 One of the many scoria cones of the Jaraguay Volcanic Field is seen here from the SW across the Arroyo San José. Two lava flows of probable Holocene age originated from a nearby scoria cone. This is the largest young volcanic field of Baja California, located in northern Baja between Jaraguay and Arroyo San José, it contains numerous scoria cones and lava flows. 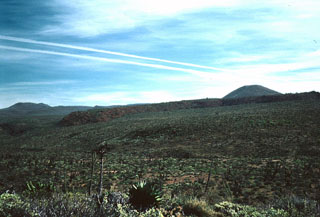