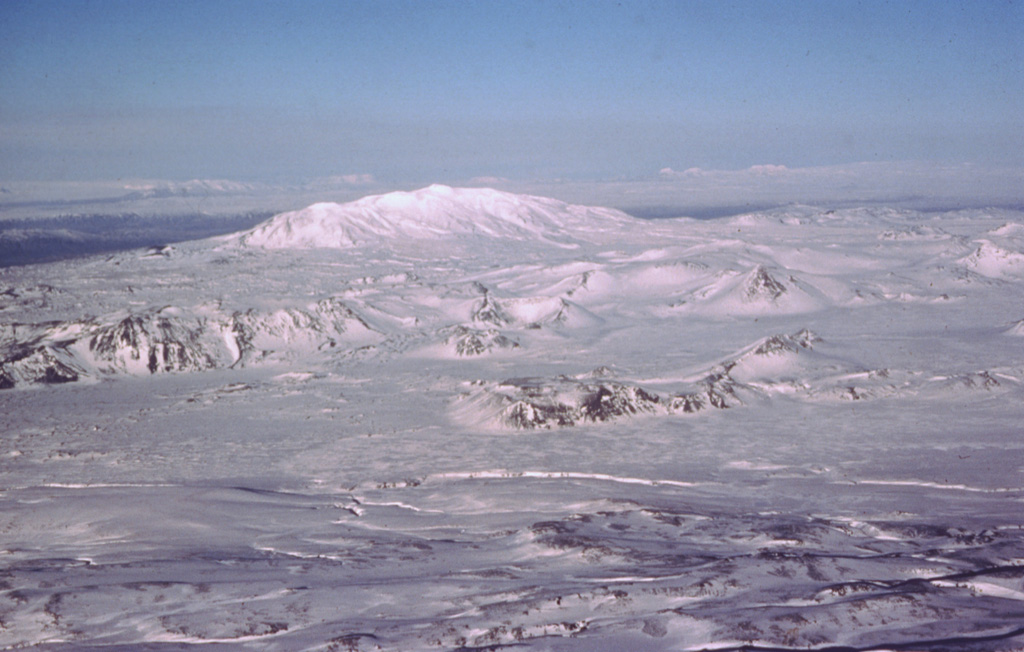 The Vatnafjöll volcanic system, seen as the rugged landscape cutting across the center of the image, is a 60-km-long, 9-km-wide chain of alkali basaltic fissures and crater rows located south of the more prominent Hekla volcano (center horizon). The elongate profile of Hekla is due to the presence of an elongate eruptive fissure parallel with the ridge, which has been the site of numerous Holocene eruptions. The Vatnafjöll fissure swarm is less frequently active than the Hekla edifice, but they are considered as part of the same volcanic system. About 50 Holocene lava flows are identified from the Vatnafjöll fissures, most recently about 1,200 years ago.