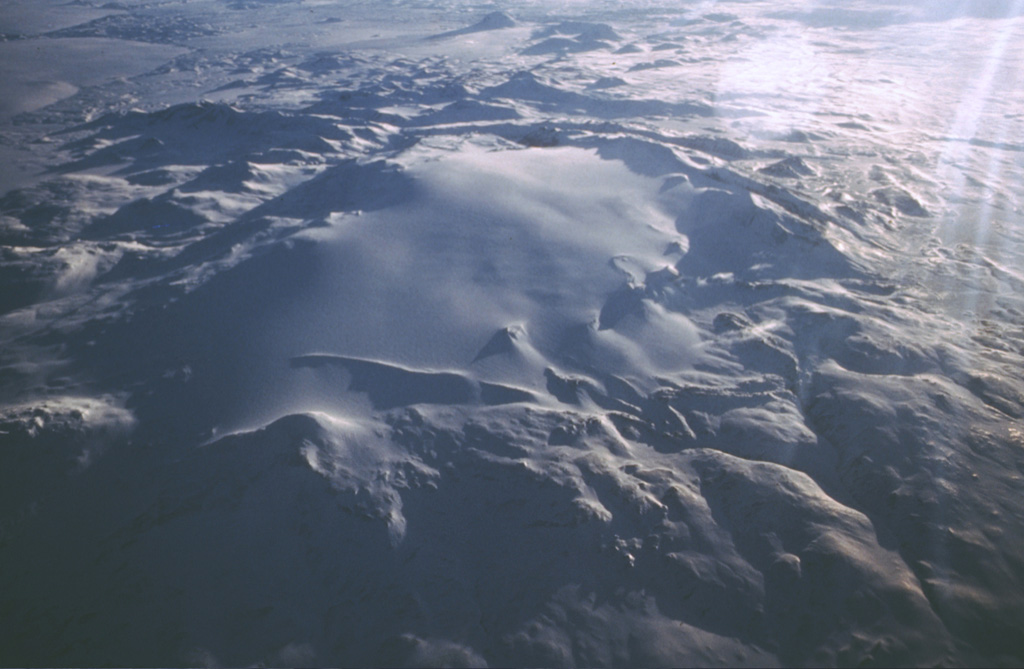 The Tungnafellsjökull central volcano lies immediately to the NW of the massive Vatnajökull icecap. The ~ 4 x 9 km summit caldera is largely filled by the Tungnafellsjökull glacier (center). An ice-free caldera to the SE, Vonarskarð, measures about 8 km in diameter; the caldera rim is visible in this image as a ridge at top left. 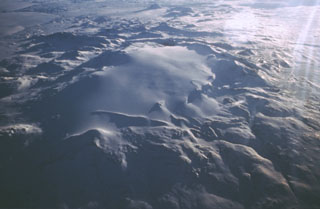