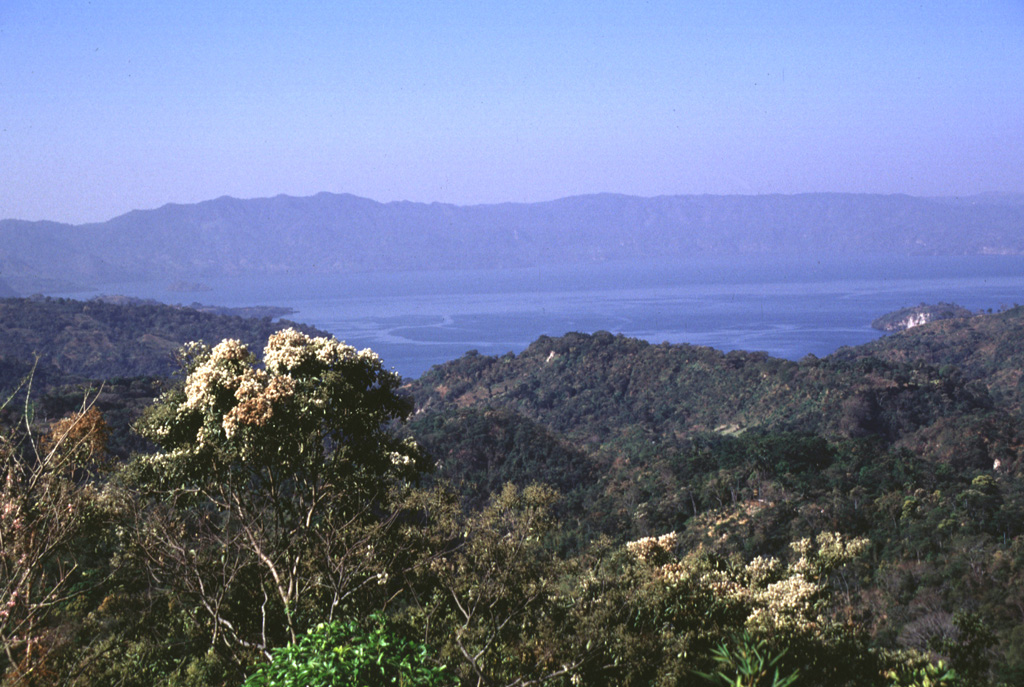 The 13 x 17 km Ilopango caldera is seen here from the NE with the southern caldera wall in the background. It formed during four major Quaternary eruptions, the last of which occurred about 1,500 years ago. The southern caldera wall rises about 500 m above the lake, which had a maximum depth of about 230 m when this photo was taken in 1999.